As restaurants, island-wide have been given the green light to reopen for dining, fast-food chain Island Grill has opened a new location on King Street in downtown Kingston.

Despite the food chain closing four of its locations and having had to lay-off some of its employees, the company has said the opening of the new store is a sign of Island Grill’s commitment to the city.

“Minister Mackenzie Island Grill has had to close four stores in other locations. We have had to send home some of our team because of this terrible challenge and that has caused us pain,” said Chairman Howard Mitchell. 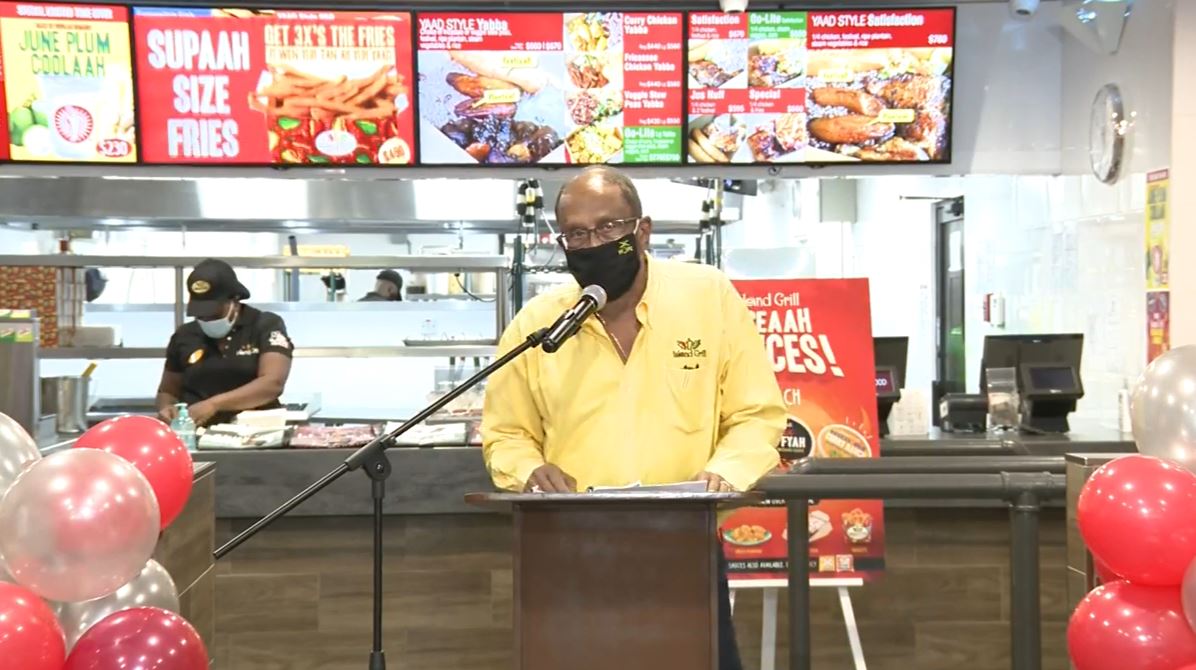 Minister of Local Government, Desmond McKenzie who also spoke at the event noted that he had invited Island Grill’s CEO Thalia Lyn, ten years prior to set up shop in the location, however, she told McKenzie that she would think about it.

“I am very happy to be here this morning because when I served as Mayor of Kingston in 2005. I approached my good friend and invited her to open a branch of Island Grill in downtown Kingston and she said she would think about it and it  took her what 10 years -but better late than never, ” joked McKenzie.

McKenzie used the occasion to thank the private sector for working very closely with the government to create the protocols that are being used for the reopening of the economy.

Food establishments including restaurants and cookshops have been restricted to take-out services only since March, as the Government implemented measures aimed at limiting the spread of the coronavirus.