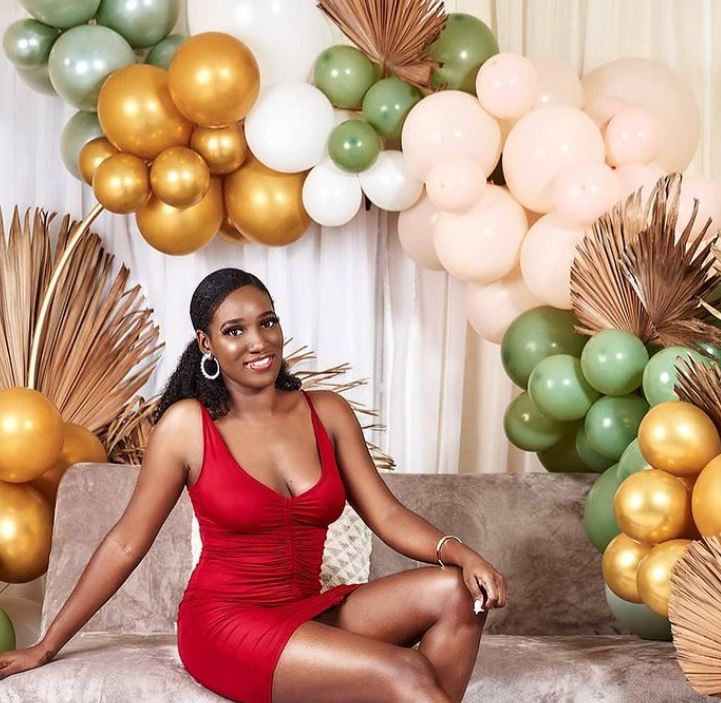 Imagine making the commute from Kingston to Montego Bay via the Knutsford Express only to find out you have been laid off.

That’s just the tip of the iceberg for one millennial who lost her job in the hotel industry during the COVID-19 pandemic.

Phillippa Smith, the owner and operator of Beyond Balloons JA told Pandemic Made that like everyone else the global outbreak of COVID-19 caught her off guard, and with very little in place to offset the economic hardships that would soon follow.

Smith said thankfully, she had an online job teaching, which almost went south after her main income earner, her laptop, crashed.

However, luckily for Smith the device was still covered under warranty along with a product insurance she had purchased, and so she was quickly able to secure a replacement and continue earning.

With more than half of her income wiped out by the pandemic, Smith said she continued job hunting but it was the beginning of a futile endeavour.

“I was job hunting, going on plenty of interviews, doing different assignments that these interviews had  me do, only to not hear from these different companies,” said Smith.

Smith said that losing her formal employment, having to move cities, explaining that she had previously lived on site, left her feeling distressed and in uncharted waters.

“Me being a self sufficient person, from the moment I left high school moving into college, this was very new territory,” explained Smith.

“For me, I’ve always lived on my own, being able to pay my own bills, not having to be in someone else’s space for long periods of time. And trust me that can make you feel like you’re out of place. Like you don’t belong anywhere,” she added.

Smith, who is a graduate of the Edna Manley College of the Visual and Performing Arts, with a bachelor’s degree in Fine Arts said with October 2020 around the corner, she knew she had to act soon. 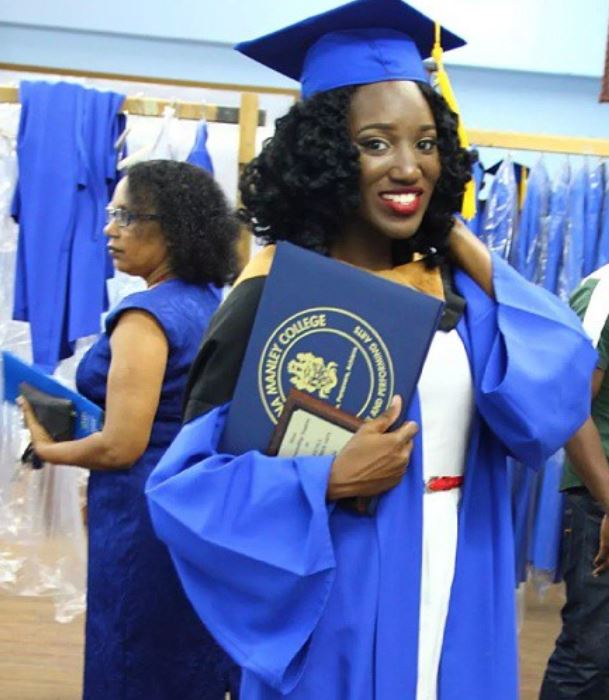 In part Smith’s actions were inspired by her students, as well as fellow teachers, from around the world who often shared weekly updates on the state of affairs in their respective countries.

According to Smith, the reality began to hit home, that life may not be returning to normal as it relates to job prospects and so it was time to reinvent herself and do some soul searching.

Smith admits that starting a business was probably the last thing she would have imagined herself doing but having started she wonders why she waited so long.

Things got rolling for Smith around the time of her 29th birthday, and though not being a mom herself, Smith said the babies that were being made were the inspiration for her business.

Smith shared that she realized that throughout the pandemic she had been assisting friends and family members to decorate, with the majority of individuals seeking assistance in creating setups for intimate events, primarily baby showers and gender reveals.

“I had a lot of friends and persons reaching out to me because I was now back in Kingston.’ Oh, please come and help me decorate my space for this private zoom meeting that I’m going to be having to surprise my family that I’m pregnant’. ‘Please come and help me with an online paint and sip session with my co workers’. Or ‘please help me I want to do something romantic for my wife. Um, we’ve been locked up and I just want to do something special’,” Smith shared as she described how she got going in her business venture.

Smith said that with the increase in demand for decor services, particularly intimate settings, she decided to turn her skilled hands into a full fledging business.

There was a hiccup, however, like many millennials, Smith did not have the finances to hire a crew, purchase chairs and backdrops and all the other bells and whistles that are characteristics of decor businesses.

Instead Smith primarily focuses on using the cost-effective medium of balloons to create her intimate designs.

” I know persons will say oh I don’t like balloons but as a fine artist, I see it more than just a balloon. I see it as a medium to create an intimate, fun but still classy space, ” Smith explained. 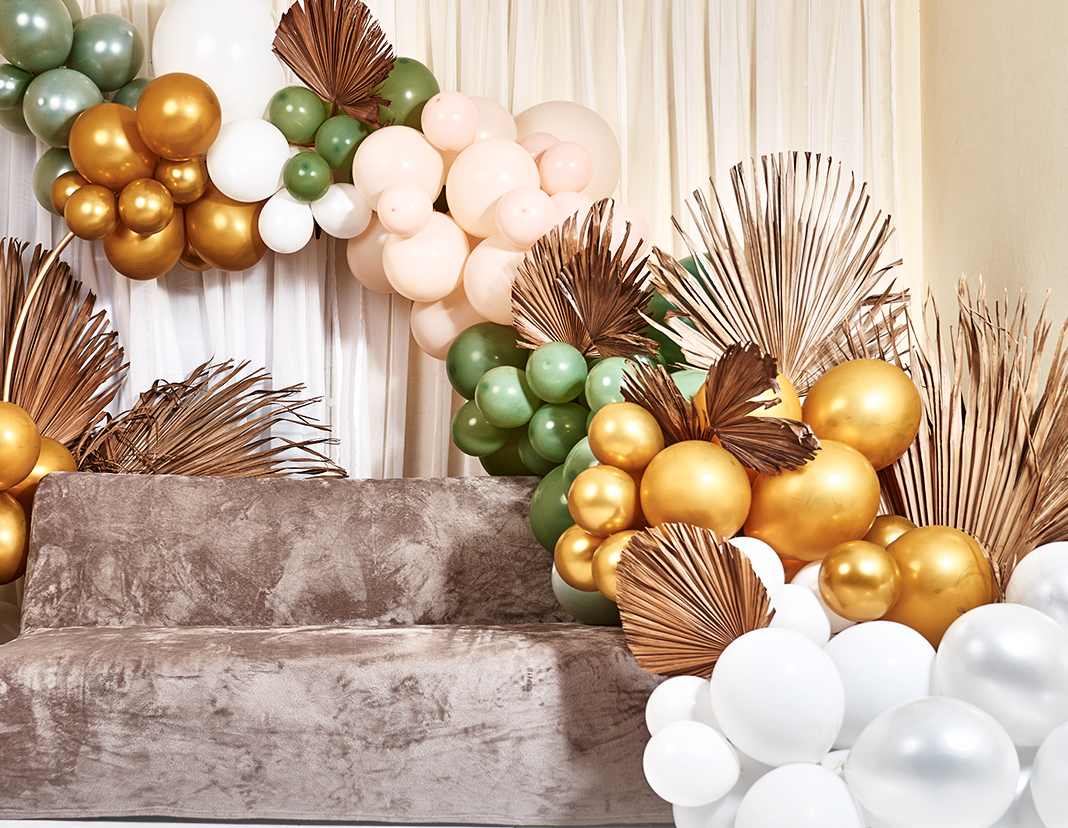 Smith further shared that using balloons, through a technique known as ballooning, she is not only able to produce elegant backdrops, but also an experience for individuals.

According to Smith, these types of backdrops are particularly effective for those wanting to capture the moment and share it with friends on social media.

“We’re digital now, and everyone wants to take those pictures that they will later post to show everyone what’s going on. And with the ballooning, I can create that nice classy, yet statement background or layout for you to take your photos in front of or, just set the mood in your space where you will be hosting your intimate event,” said Smith.

“Balloons can definitely be the highlight and a centrepiece of your area. And that’s what I want to be able to do to create for persons,” she added.

Despite her business being in its infancy, Smith has already started partnering with other micro businesses, namely a Beauty in Motion photography, who services are covered in some of her packages.

“We’re not partners in the business, but we’re partnering up as two separate businesses coming together to create something for so you offer the decor and she offers the photography,” Smith said.

Smith shared while 2020 has been a brutal year for millennials in particular, partnerships are important to helping business grow, noting that by helping each other we can kick start the economic recovery.

While not out of the woods yet, with Beyond Balloons JA in its infancy, Smith will be continuing to expand and push her brand, adding that she will have specials throughout the festive period, right up until Valentine’s Day. 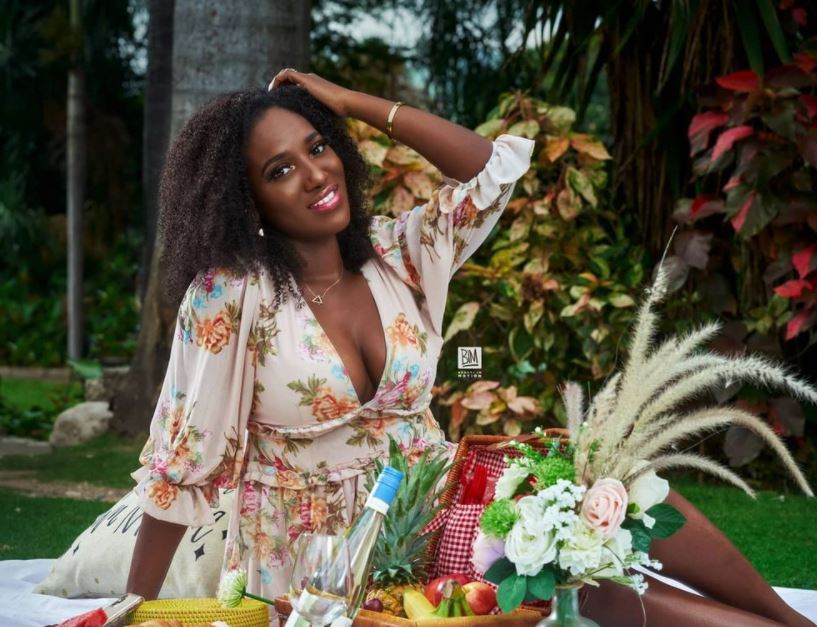