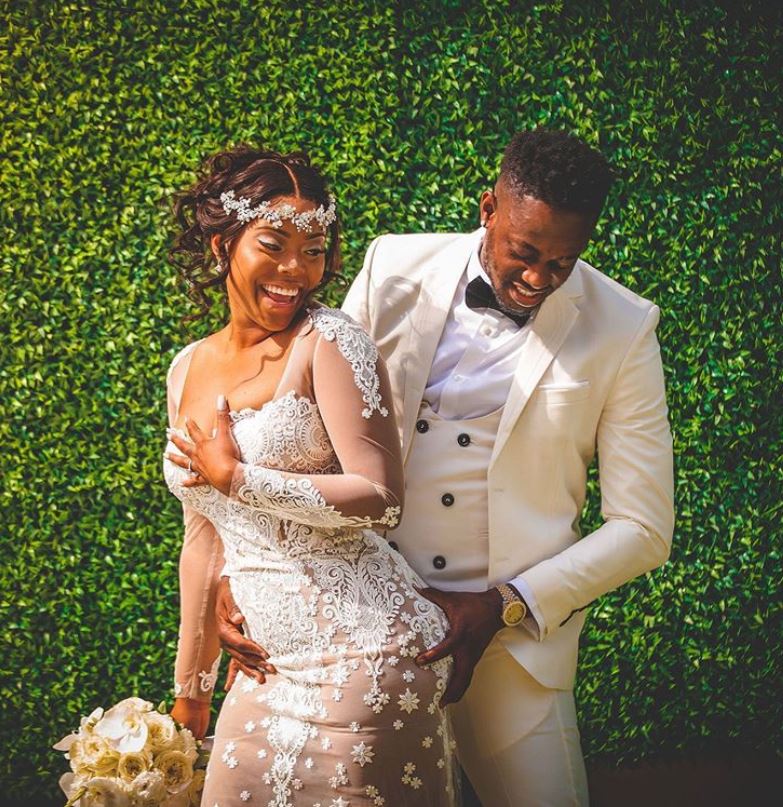 It has been one year since dancehall artiste Ding Dong wed his long time girlfriend, Tashauna, in a star-studded bash.

The artiste whose real name is Kemar Ottey is celebrating the milestone with his wife at Sandals Montego Bay all-inclusive resort.

It seems Sandals is going all out for the couple as Ding Dong showed off the cute hand-rolled towels, shaped into a pair of kissing swans that the resort provided for the duo, which read, “ Happy Anniversary”

And a Happy Anniversary it is indeed, as Ding Dong shared a throwback photo from his wedding in which he tells his wife just how much he loves her.

“ This pic was taken one year ago, on this day, around the same time, “ said Ding Dong who reshared the photo and laced it with a few hearts and fire emojis.

“ Happy 1st Anniversary babes. I love you to the moon and black … we are going for 100, “added the artiste.