‘Don’t let them use you,’ Bounty Killer decries the use of dancehall music in politics

Dancehall veteran Bounty Killer on Saturday (August 16) hit out against the practice of entertainers creating dubplates for political candidates.

The practice which has exploded in recent times has seen a number of artistes from heavy weights like Spice and Stylo G creating dubplates that are being used on the campaign trail to drum up support.

The dancehall veteran noted the practice was against the fundamentals of Jamaican musical genres, sharing a post on  the popular social media platform Instagram (IG) that said, late Reggae Icon Bob Marley would be turning in his grave if he knew the risky business of politics that modern day entertainers were getting involved in. 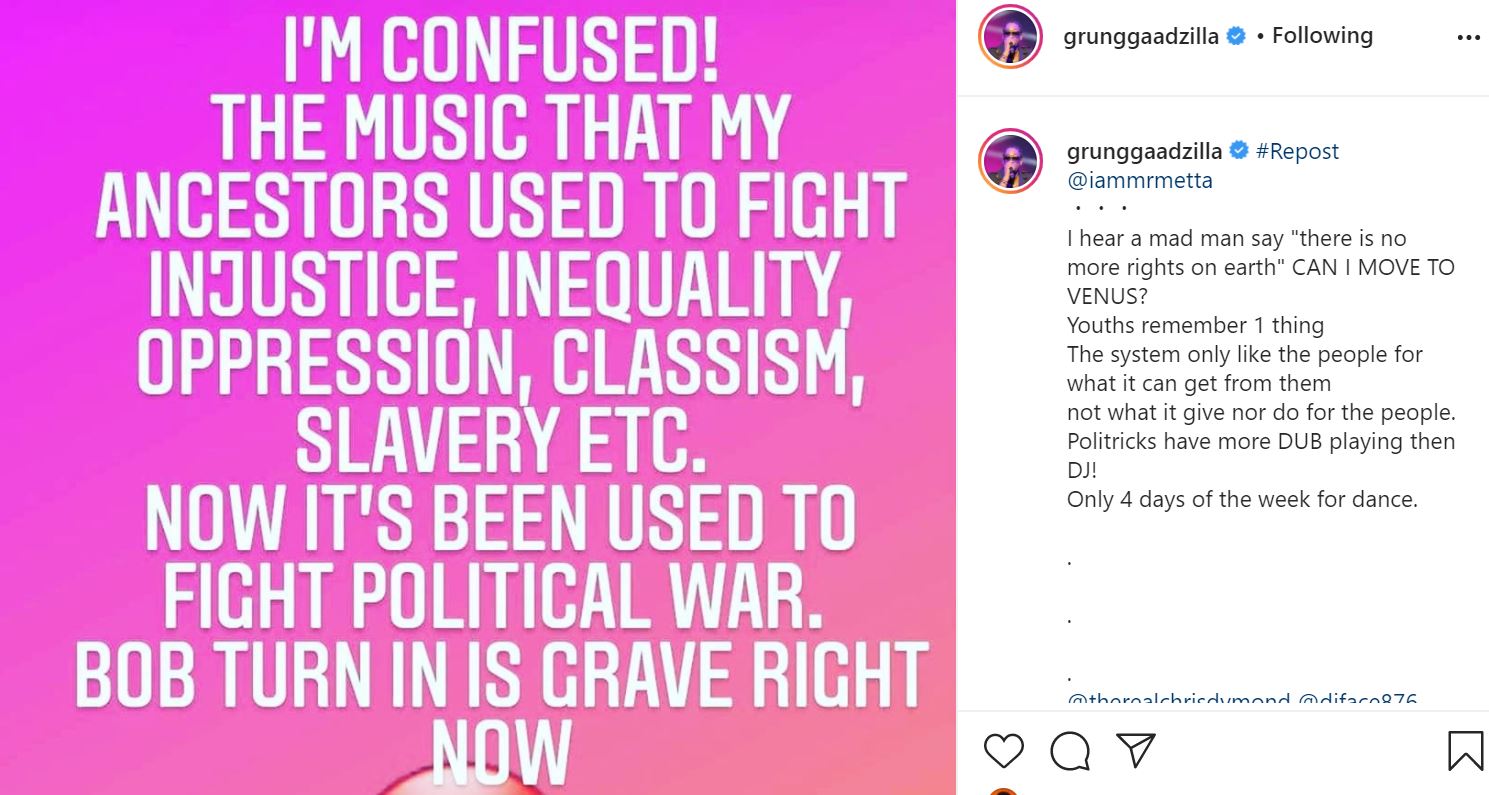 “The system only like the people for what it can get from them ,not what it give nor do for the people, ” said Bounty Killer in an Instagram post on Saturday.

“Politricks have more DUB playing then DJ! Only 4 days of the week for dance,” added Bounty Killer.

Bounty Killer went on to say that he too had been approached by politicians to create such musical jingles but turned down the offer,  noting that he stands by his moniker as “poor people governor” and would not indulge in any business activities that was not in the interest of poor people.

He further noted that politicians should not be using music to bolster their support at the polls, instead Killer said  they should be hosting debates so that people can hear their policies in order to make a determination on how they will cast their ballots.

“I’m Poor People Governor until death we shouldn’t be helping to foster the trust of the ppl for the leaders their policies and characteristics should determines that this is how these ppl planning on winning election today by presenting a hit dub instead of a hot debate,” said Bounty Killer.

Killer further added for years the political directorate had fought against and disrespected dancehall music, citing a 2013 Jamaica Observer article in which then Security Minister Peter Bunting seems to suggest that the musical genre helped to promote crime and criminal activity namely scamming.

“I’m not trying to bash condemn or tell anyone what to do I’m just telling y’all it’s not right based on dancehall fundamentals it was that independent platform for the masses plus the pressure and disrespect we faced from higher society over the yrs a poppy show business folks but to each his or her own,” added Killer