Dancehall artiste, Spice, on Sunday (November 15) caused some jaws to drop after she shared photos of herself cozying-up with her new man, Justin Budd.

While rumours began swirling earlier this year that Budd and Spice had been dating, the usually vocal artiste has been silent on the matter. 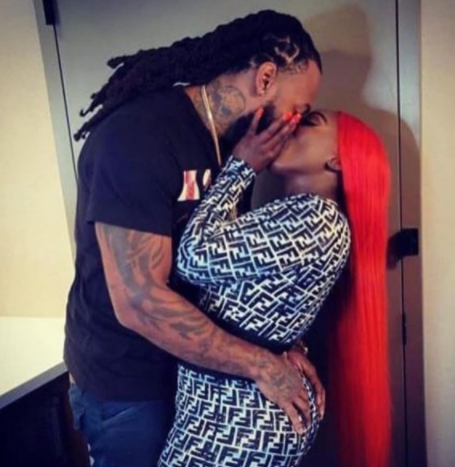 Spice used social media platform, Twitter, to put an end to the chatter as she wished Budd a happy birthday, sharing with fans just how spicy she is keeping things for her new man.

“I’m glad we started this journey, because you easily bring out the better version of me,” she added.

Spice also shared with fans that she would be in a particular position all weekend long.

The ‘So Mi Like It’ hit-maker also used the opportunity to thank Budd for being a “great father figure” to her kids.

According to LinkedIn, Budd is a film-maker and editor who works with a small firm called Sunseeker Media.

Budd previously worked for BET in numerous roles starting out as a camera operator and later progressing to director of photography.

Specializing in creative directing, camera work, lighting and audio, Budd has worked on the set of several TV shows including, Love and Hip Hop Atlanta.