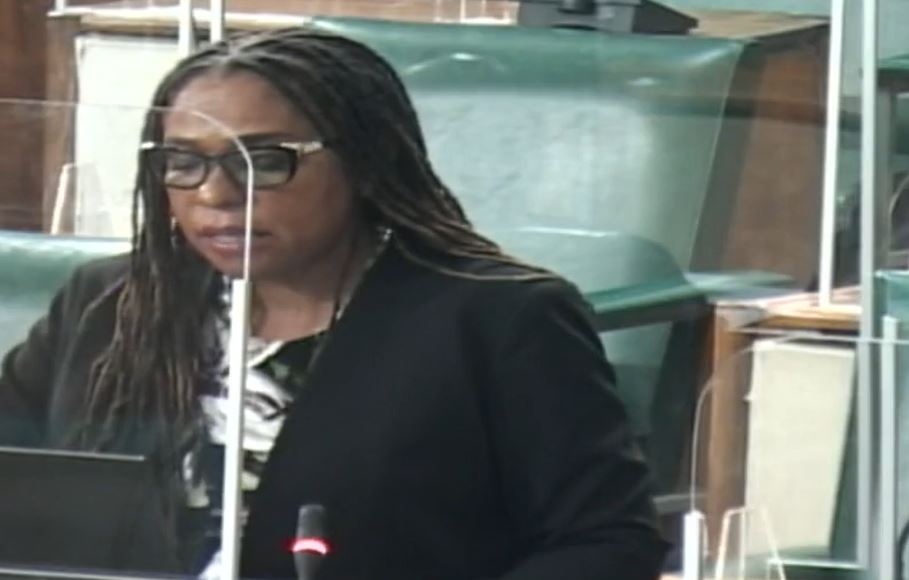 Are J’can men falling behind in society? Senator Campbell-Rodriques thinks affirmative action is the fix

At school, at work, and in dating life, young Jamaican men aren’t making much progress and are even backsliding.

The issue of the country’s men lagging behind in almost every social indicator is cause for concern, and it’s something government senator Natalie Campbell-Rodriques addressed during the sitting of the senate on Friday (May 23).

Campbell-Rodriques admitted that when she first heard that a male desk had been setup within the Ministry of Culture, Gender, Entertainment and Sport, she wasn’t too thrilled, seeing it as pandering to patriarchy.

However, Campbell-Rodriques said that with a greater understanding of Jamaica’s peculiar situation as it relates to gender, she now sees the critical importance of the desk within the gender unit.

“I allowed the everyday toil with ensuring that women are treated fairly to cloud my mind from seeing that Jamaica has a particularly unique gender issue at play, ” Campbell-Rodriques said.

Campbell-Rodriques shared that based on social indicators such as enrollment and graduation from school, as well as, workplace data, available information showed that men were falling behind and were existing on the fringes of society.

According to Campbell-Rodriques, Jamaican society is headed for trouble if the country has a shortage of highly educated and emotionally stable males.

“The gender fight and struggle has not been about one gender, outflanking the other. It has been about parity, we will have a problem if our society has a shortage of highly educated and emotionally stable men,” she said.

“Our country needs an educated, emotionally intelligent and mentally healthy population of both men and women. Mr. President, I no longer roll my eyes, but instead lift my hat to the minister for seeing the need and working with the team in the ministry to fix the problem. Mr. President, the state of males in Jamaica needs continued urgent attention,” she added.

How bad is the situation with the nation’s men ?

Campbell-Rodriques also shared  that many Jamaican men were not included in formal society, an exclusion she noted which is not a choice for some, who simply do not know where to begin.

Other data from the statistical unit show a steady decline in male participation in the workforce over the past decade.

Campbell-Rodriques, though not elaborating, put forward that some form of affirmative action was necessary to correct the situation.

Jamaican men and boys aren’t the only ones in trouble

Contrary to opinion, the situation locally is not unique, a similar situation is unfolding in the 63 largest developed nations.

According to data out of the United States, there are 2.2 million more women than men in college, with the gender gap in educational attainment increasingly expanding.

It’s not just in education,  US female workers are climbing up  the income ladder as their male counterparts fall.

In other aspects of life, young men disproportionately make up the bulk of youth still living  at home, with data suggesting that they are more likely to be idle — not in school and not working — when compared to 40 years ago.