A bizarre parking incident at the Fairview location of Scotiabank in Montego Bay on Wednesday (July 15)   left one driver shaken up and two cars damaged.

While details about the incident are limited, The Den confirmed that the incident happened at a Scotiabank location in Montego Bay when a driver was attempting to park a black Suzuki Swift.

The driver said to be a female, seemingly lost control of the vehicle while conducting a parking manoeuvre and end up damaging two parked vehicles.

It is understood that the security guard at the facility was only aware of the incident after the fact.

The Den shared pictures from the incident with a local insurance representative who said that while he could not assess the full extent of the damages, it would likely be covered even if the driver said to be at fault has a third party policy.

No one was injured in the incident. 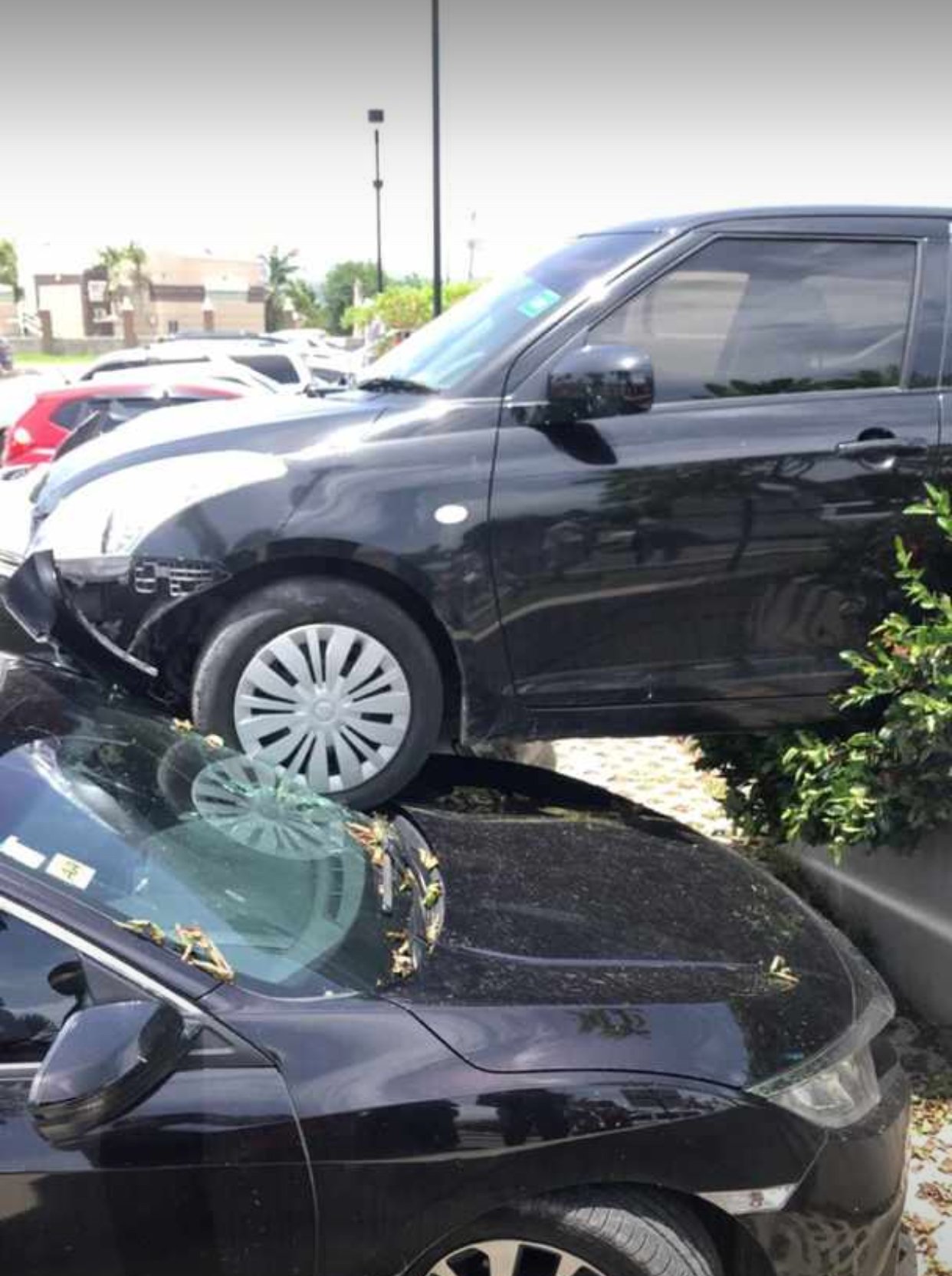