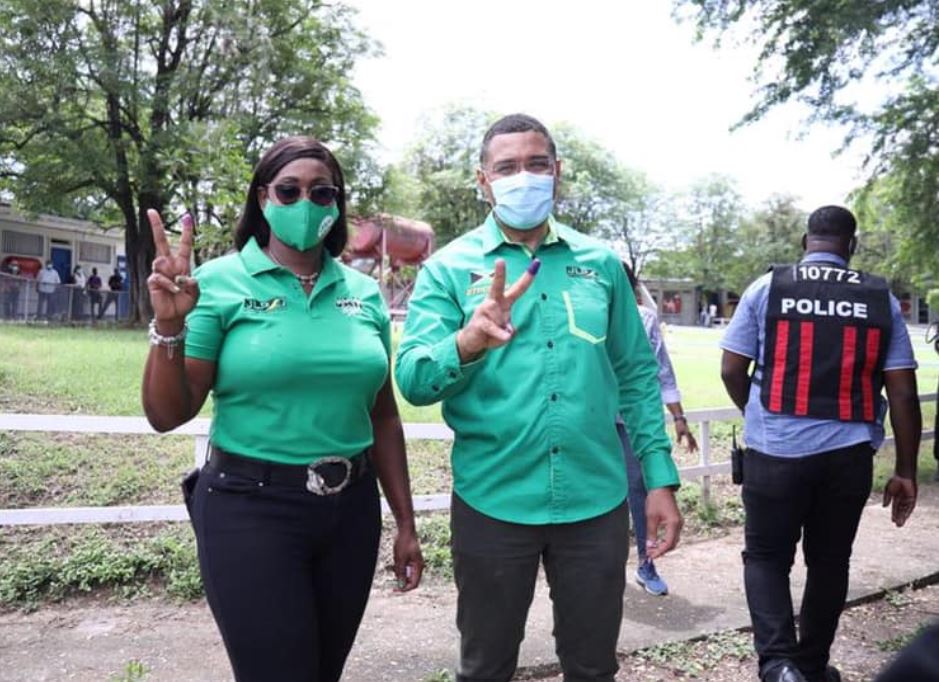 In keeping with earlier polls, the Jamaica Labour Party (JLP) secured a stunning victory, winning 49 of the 63 seats in the House of Representatives.

The opposition People’s National Party’s suffered a battering at the polls winning only 14 seats.

Dr. Peter Phillips has already called to congratulate the JLP’s Andrew Holness on his big win.

Phillips earlier today said if the PNP lost, he would step down as party president.

PNP heavy weights like Peter Bunting, Dayton Campbell, Wykeham McNeill all lost their seats in one of the biggest political upsets in recent times.

The JLP has already thanked Jamaicans for their support at the polls.

“Thank you Jamaica. This is a victory for a #StrongerFuture. The Jamaica Labour Party is privileged to continue the sober governance needed to commandeer the land we love through this global health and economic crisis,”said the party on Facebook.

“We are honoured to continue to serve you and we look forward to #RecoveringStronger,” added the party.