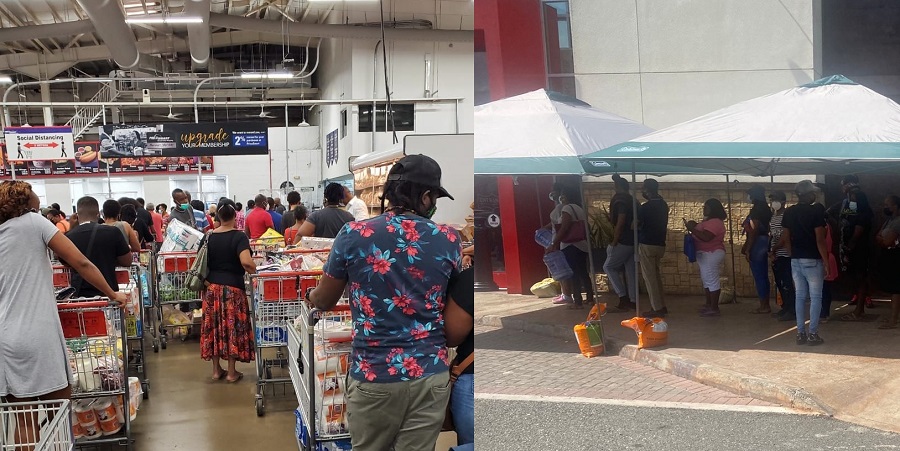 As the country heads in to a three-day lockdown period, beginning Sunday (August 22) Jamaicans are turning out in droves to business establishments to stock up on the necessaries of life.

It was a very chaotic scene at the Red Hills Road based Price Smart on Friday (August 20) where customers flooded the establishment in a wild stampede.

“It’s like an angry mob,” said an employee of PriceSmart, who added that “since opening it has been unreal” referring to the massive run on the store.

Long lines seem to be the order of the day as The Den has received several reports of some people standing in hour-long lines to access store locations.

From supermarkets to pharmacies, business establishments are being flooded, despite the Prime Minister noting that curfew hours on specific days have been adjusted.

“ It has just been chaos since Andrew announced the stay at home orders, I was in a line from seven this morning and the people dem just bomb rush the place, even pushing down my mother,” said one woman  who visited PriceSmart early this morning.

” It is pure madness,” added another.

Late Thursday (August 19) PM Holness announced that the country would have seven days of lockdown to contain the spread of the coronavirus.