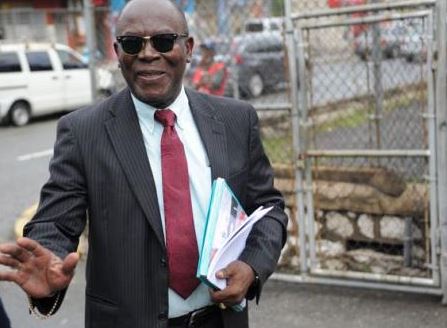 Grange took to Facebook where she expressed sadness at the passing of  Ford, who she called her ” good friend”.

“I am shocked and saddened by the sudden passing of Dr. Jephthah Ford. My good friend,” said Grange on Facebook.

“We have lost a Jamaican who truly cared about our people and their well-being,” she added.
Colleagues of Ford have taken to social media  to remember the talented physician who had a medical office on Red Hills Road, St Andrew.
While known for his expertise having worked as part of the medical team that observed the post-mortem examination of the body of Jodian Fearon, Ford also came into public view as he was embroiled in two high profile court cases.
Facebook Comments
Share
Tweet
Share
0 Shares