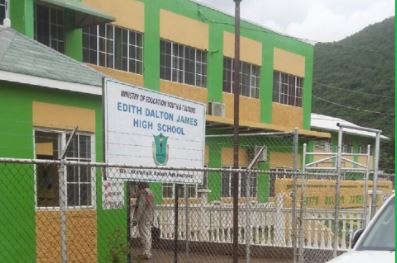 A student of the Edith Dalton James High school is suspected to have committed suicide at her home on Wednesday (March 17).

The deceased has been identified as a 13-year-old girl of Jones Avenue, Spanish Town St. Catherine.

Reports from Spanish Town Police are that about 9:30 p.m., the girl and her sibling were at home when she was found hanging from the ceiling by an electric cord.

A graphic video has been circulating on WhatsApp of a family member removing the teen, who was clad in her school uniform from the makeshift noose.

The police were summoned to the scene and the teen was transported to hospital where she was pronounced dead.

A source close to The Den that just days earlier the teen and her mother had been in a dispute about her behavior.