Vice President of the People’s National Party (PNP) Damion Crawford has been surprisingly quiet about the party’s upcoming presidential election.

The usually vibrant Crawford, has been eerily quiet about all things political since both candidates, Lisa Hanna and Mark Golding, declared their intentions to run for the presidency of the 82-year-old political organisation.

While Crawford is not the only one, particularly among the party’s more youthful demographic, not to have endorsed a candidate, his silence has become a source of concern for some within the party.

So why hasn’t Crawford endorsed a candidate?

With a little over a week to go until the election, The Den reached out to Crawford himself who declined to comment on the matter, only further fuelling the mystery around the usually talkative comrades reserved manner.

However some comrades, mainly delegates within the party, sought to share their two cents on the matter.

One delegate in North East St Ann told The Den that he believed that Crawford’s silence was indicative of an overall problem, noting that he found it strange that none of the party’s four vice president decided to vie for the post.

“So, you don’t find it strange that not one of the four [Vice Presidents] opted to run, instead Hanna threw her hat in the race, having lost a bid for vice president before,” chuckled the St. Ann based comrade.

“I think, Crawford is just playing a diplomatic role because he recognises that there is serious issues. So, if you rejected Lisa Hanna as Vice President why is it that you would want to support her now,” said the comrade, who went on to state that Crawford would never go against the wishes of the party’s base.

However, senior comrade Andre Hylton, who contested in the 2020 general election, offered a different perspective noting that Crawford’s decision not to participate was likely in the interest of maintaining unity in the party.

Hylton, another PNP heavyweight, who has not endorsed a candidate said that what the party had been experiencing in recent years, particularly with the rise of social media, is that endorsing a candidate can leave a stain, that remains even after the contest ends.

“So you become a RISE comrade or permanently attached to a camp, and I suspect that’s why Comrade Crawford having been a public supporter of Mr Phillips the last time around has opted not to endorse a candidate,” said Hylton.

“We need some serious political education, so that when contests are had, we understand that we go back to being a part of the party and not this camp or that camp,” added Hylton. 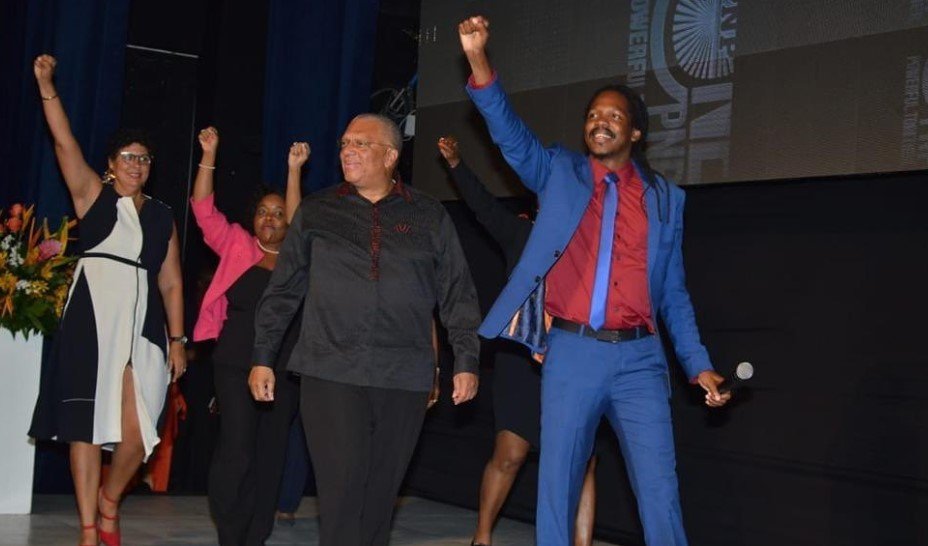 Hylton further shared that he believes that by Crawford not endorsing a candidate, he was setting a powerful example, allowing delegates the freedom of choice without influence and made it easier for the party to reunite.

“I can’t say for sure, as you know this is just my thoughts, but I think in Crawford not endorsing a candidate he’s sending a powerful message, allowing delegates to decide on their own,” said Hylton.

“I am not publicly endorsing a candidate but I will be voting because I am concerned about my party at this stage, but I am watching and I am getting there,” added Hylton, who was asked if he had decided his mind on who he was voting for in the November 7 election.

This sentiment of Crawford’s desire to unify the party was also shared by former party secretary Paul Burke who shared that the PNP firebrand’s silence was nothing to worry about but instead noted that he believed it was a strategic gesture.

“No it is not troubling at all, he has a most important role to play in the party’s unification, ” said Burke.

“He has a right not to endorse and up to the eleventh hour to change his mind, ” added Burke.

Burke further told The Den that personally he would not have opted for a contest at this time noting that the party needed time to hash out its identity.

He added that understanding the principles that the party is committed to helps to determine the type of leader necessary.

However, others believed that Crawford’s decision not to endorse a candidate had nothing to do with
his concerns for unifying the party but happen to be as a result of him being too late to put in his own bid for the presidency.

“Damion endorsement is not needed, while he is a respected comrade, he does not carry the same weight as he did before the last general election loss, in fact Damion has to carry some weight and responsibility for that loss with his ‘Wealthy Plan’,” said one delegate from South St Andrew.

“His silence while appreciated, might well be as a result of him knowing that he cannot mount a effective campaign for the presidency himself,” added the said delegate.

Another delegate in South West St Catherine, seemed to agree with the position that, Crawford may have wanted to be in the race

“I don’t quite know but I remember him hinting that he wanted to run, sounded as if he wanted to go for it as well, maybe he wanted to throw his hat in the race. In fact I wanted him in the race to split Lisa’s vote,” said the comrade who also shared that he was a Golding supporter.

“To be honest, mi did certain cause me hear say him did ago run, so me shock, but him silence kinda look a way, but I don’t think most people even a pree it,” said a Central Kingston delegate.

David Tulloch on the other hand, who contested the 2020 general election in the St Andrew North East constituency, told The Den that Crawford’s voice was definitely missing from the space, noting that his endorsement could change the outcome of the campaign.

“You’re talking about the first vice president you can’t go around that fact, he secured the most votes that must tell you that delegates love him, you don’t get vice president on your own,” he added.

Tulloch further said Crawford still had some time to change his mind, adding that irrespective of his endorsement he was a team player who would support any of the two candidates. 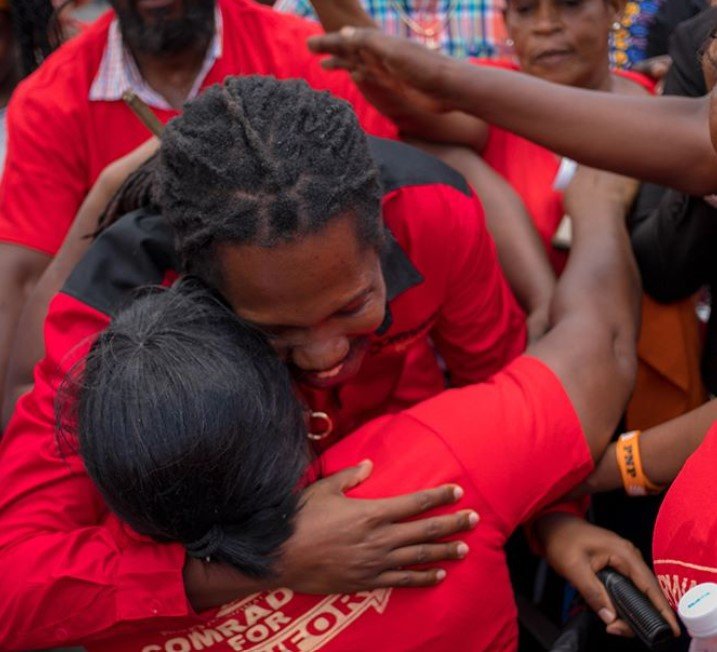 Still there were those who thought that at this stage in the process, the majority of delegates had already made up their mind, stating that comrades shouldn’t read into Crawford’s silence.

“It means nothing,” said former president of the Jamaica Diaspora — Canada, who describes himself as an unashamed comrade.

“That’s his privilege, he doesn’t have to endorse either candidate, the PNP is above all a democracy,” added Mascoll.