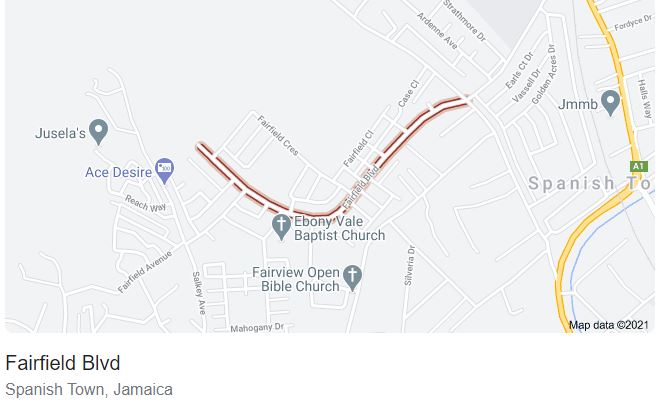 Elderly man killed in hit and run in St Catherine

The St. Catherine North Traffic Department are probing the circumstances surrounding the hit and run that claimed the life of an elderly man on Fairfield Boulevard, Spanish Town, St. Catherine on Wednesday ( March 24).

Reports from the Spanish Town Police are that about 3:00 p.m., Mowatt was walking along the roadway when he was allegedly hit by an oncoming Toyota motor car. The driver did not stop.

The police were alerted and Mowatt was taken to hospital where he was pronounced dead.