Minister of Foreign Affairs and Foreign Trade, Kamina Johnson Smith caught the ire of some Jamaicans when she wrote a tweet wishing United States President Donald Trump and his wife a speedy recovery, after news broke that the couple had tested positive for the deadly coronavirus.

“I know Flag of Jamaica joins me in wishing President Trump and First Lady Melania a full and speedy recovery,” said Johnson Smith in a Tweet on Friday (October 2).

Johnson Smith also noted that she was pleased that Vice President Mike Pence and Secretary of State Mike Pompeo and their wives were “in good health”.

However, Johnson-Smith tweet soon went viral, for all the wrong reasons, and even resulted in her first name becoming a hashtag that trended on Twitter for hours.

I'm sorry which Jamaica? Jamaica ave Queens, I'm sure it ain't Jamaica the country. I'm sure alot of us praying he doesn't recover.

Some Jamaicans online took issue with how the Foreign Affairs Minister worded the tweet, noting that it suggested that she had consulted with the populous before putting it out.

While others said that Johnson Smith was often mum on issues affecting Jamaicans abroad, she was quick to show her support for Trump.

“Speedy recovery to the President and his wife. Said no one,” said one Twitter user reacting to Johnson Smith’s post.

“We tell YOU that miss?” asked another.

Supporters of Johnson-Smith’s tweet, noted that the minister was only being “diplomatic” noting that it was the right thing to do.

However, critics pointed to Prime Minister Andrew Holness’ tweet which conveyed a similar message but made no reference to the Jamaican people.

I wish @POTUS and @FLOTUS best wishes and a very speedy and complete recovery.

“She need to take a look at Andrew tweet and learn how fi do her diplomacy, cause we never tell her dat, which seat she have again,” said one Twitter user.

“Please only speak for yourself Ms…we really don’t care if he makes it or not,” added another.

Many of Twitter users noted that while they didn’t wish any for Trump it seemed strange that such a tweet should be made by a member of the government who has been encouraging and even arresting Jamaicans who were caught without masks.

“Isn’t that the guy who downplayed the virus, didn’t believe in wearing a mask, and was more concerned about the image of his country during blm protests than actually suffering black people who were killed innocently? as a Jamaican I’ll kindly decline. He got what he worked for.

“No him seh no mask, but when two man a HWT wear i below them chin unno same one lock we up, Kamina you and brogad done with mask now? ”

Johnson Smith who is not an elected representative was reappointed by the Prime Minister to the role of Minister of Foreign Affairs and Foreign Trade following his victory at the polls on September 3 . 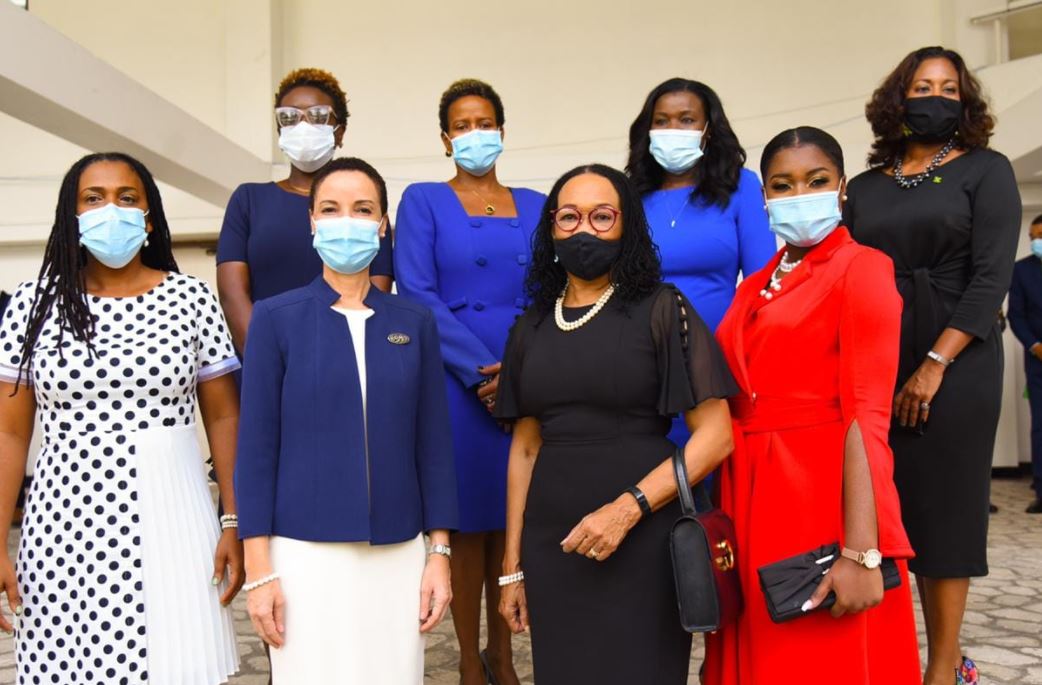