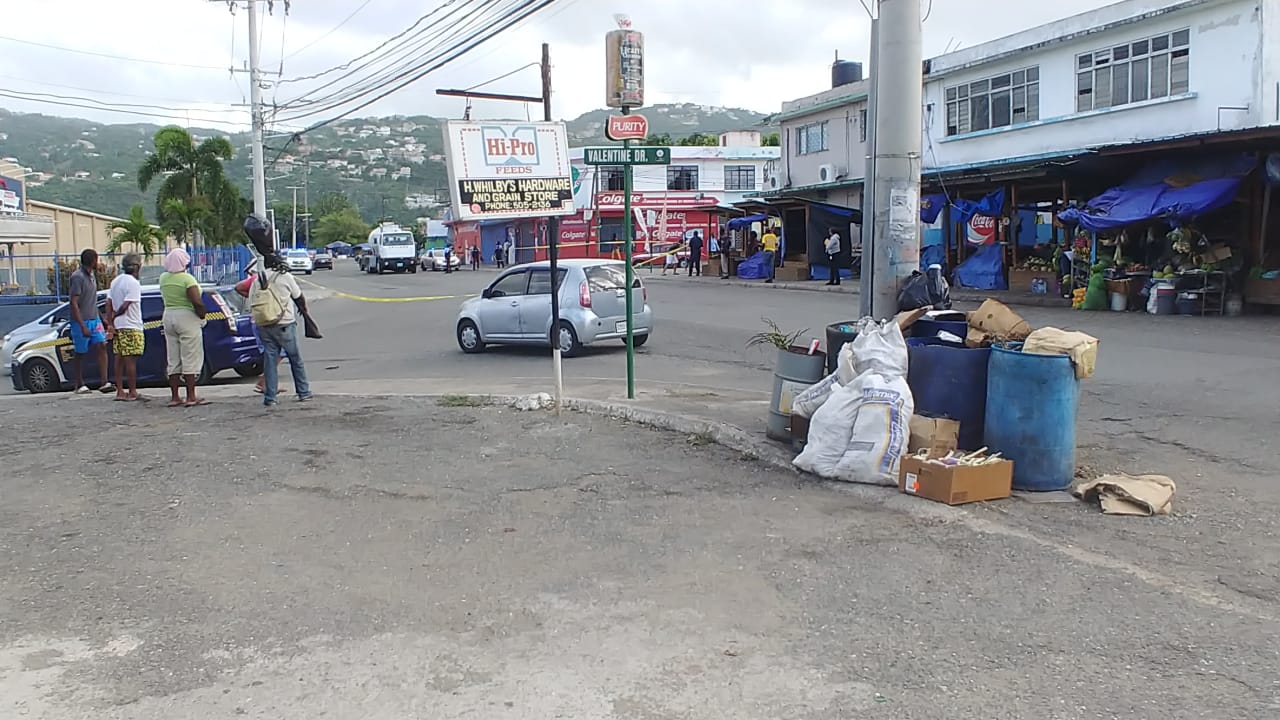 Sections of Red Hills Road are tense after gunshots rang out in the community early Thursday morning (July 30).

Residents in the area say the shots began a little after 7:20 a.m. with scores of shots exchanged between two individuals in the vicinity of the popular membership shopping warehouse  PriceSmart.

Some vendors who were in the area at the time of the shoot out took cover behind their stalls, while others said they ran from the area.

One eyewitness told The Den that when the shot started he was getting ready for work and caught a glimpse of a man on a motorcycle in the midst of the shootout.

According to the witness, shots blazed between what he believed were two men on motorcycles, but the witness could not say for sure who the other shooter was.

The witness did say that the man on the motorcycle had kicked-off the sandals he was wearing during the ordeal; sandals that were pictured at the scene.

Police arrived on the scene within ten minutes of the incident and have since cordoned off the area.

Some vendors in the area have said that things have been tense in the community for the past few weeks due to an ongoing feud between two rival gangs. 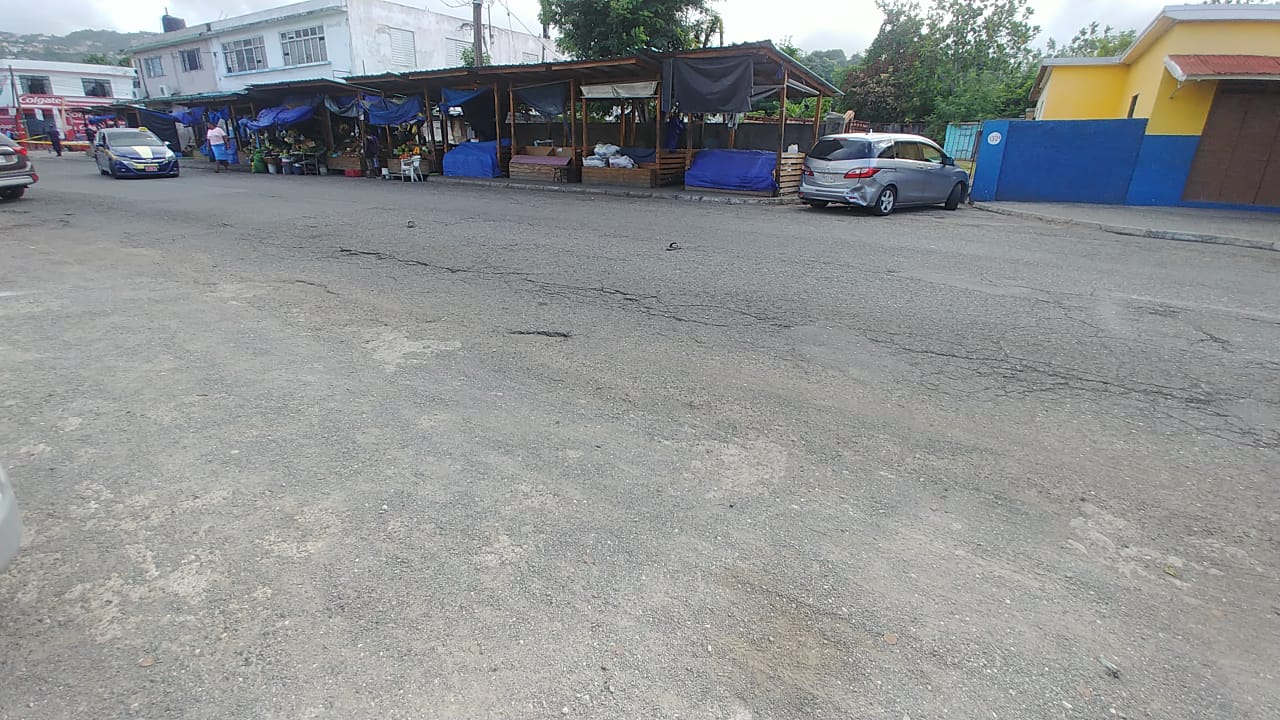