Member of Parliament for South East St Ann (SESA) Lisa Hanna on Thursday (November 5) denounced a  social media blogger’s voice note that has been making the rounds on social media and in WhatsApp groups.

Late Tuesday, a voice note began making the rounds on the social media platforms, in which an alleged blogger and supporter of Hanna’s is heard levelling serious allegations against a former MP. 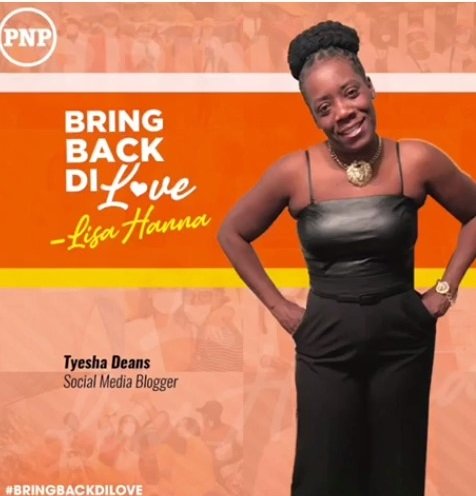 “There’s an inappropriate voice note being circulated across social media and WhatsApp groups allegedly done by a blogger who has endorsed my campaign,” said Hanna on Facebook.

“I want to make it absolutely clear that I condemn the remarks and have asked my team to contact the person to request that they retract said voice note and issue an apology,” added Hanna .

Hanna shared that she had also written to the party’s Monitoring Committee regarding the matter.

“My Campaign is built on love and integrity and I urge all who support me to be guided by these principles,” said Hanna.

Hanna is to go head to head with Mark Golding, the St Andrew Southern member of parliament,  on Saturday (November 7) for the leadership of the PNP.

Approximately 3,300 delegates of the party will decide the president in the leadership run-off.