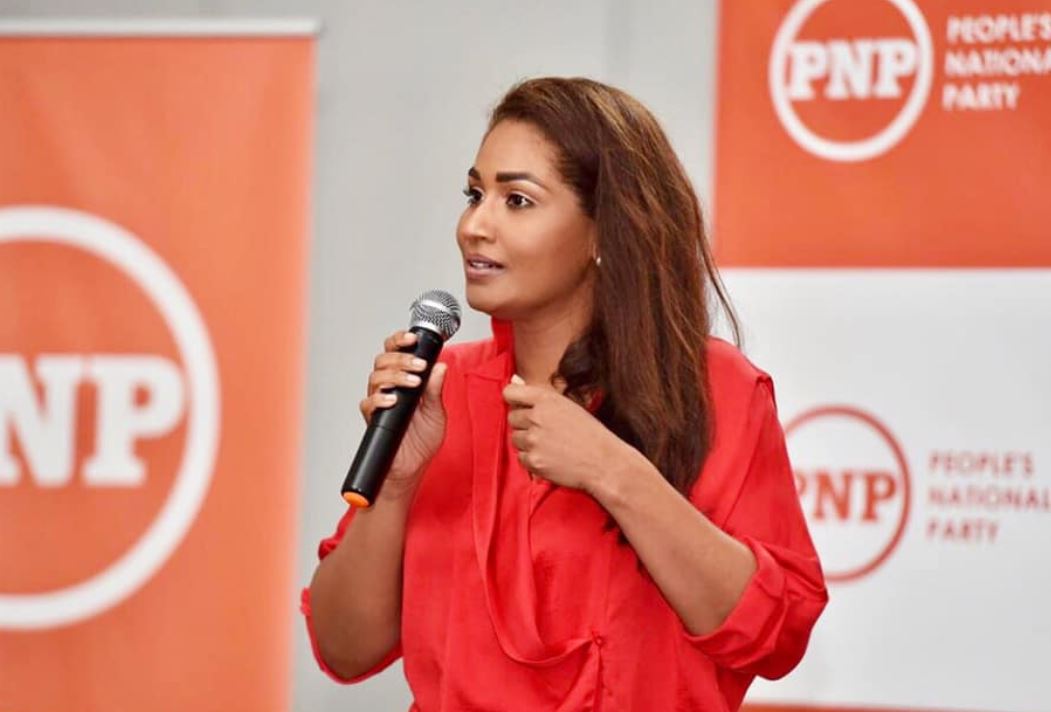 Member of Parliament for South East St Ann, Lisa Hanna, is officially in campaign mode as early Saturday morning she dropped a fiery dub plate created by her friend and dancehall artiste Spice.

While dub plates are technically not considered political endorsements, Spice’s dub which is a remix of her popular 2014 song “So Mi Like it” highlights some of the strides Hanna has been making in her constituency noting that she not into “no long talking she a work for the streets”.

Spice gives the dub a personal touch and endorsement type feel at the end when she is heard saying “Big up yourself queen seh that , mi did want to talk up some more something and gwaan wid myself but me have to keep it nice and cute BOOM”.

The dub is accompanied by footage of Hanna stepping out in her usual Vogue ready fashion touring sections of her constituency.

The video that accompanies the dub shows a very polished Hanna assisting with construction works; she is captured daintily carrying building blocks and riding on a road roller in the South East St Ann constituency.

The MP is also seen showing off her dance moves, as well as sharing a few laughs with friend Spice, giving the video an endorsement type feel.

Some years ago, Hanna and Spice, whose real name is Grace Hamilton, developed a friendship when the politician invited the entertainer to a panel discussion.

Since then the two have been pictured together at several events and have maintained good relations.

It is unclear who will challenge Hanna in the upcoming general elections, as the Jamaica Labour Party’s candidate Dr Ryan Simpson had been removed from his post for allegedly breaching the island’s COVID-19 protocols.