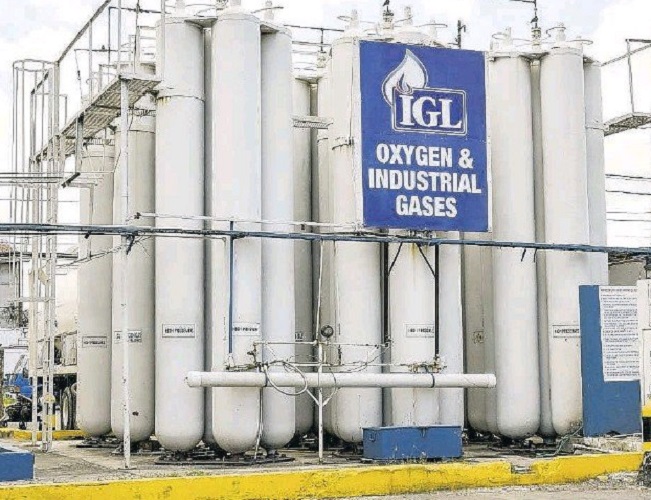 IGL has slammed the Ministry of Health Wellness for not responding to repeated requests for information, which would have enabled the entity to make plans as it relates to the amount of oxygen supply required for the country.

In a release late Wednesday (September 1) IGL made it known that there were communication issues that led to the country running low on the supply of oxygen last weekend.

According to the gas company, it first raised the issue in early August, adding that it still not heard from the ministry.

IGL said that it was only contracted to supply the gas to one of the island’s four regional authorities.

“Despite current contracts not being in place except with one of the regional health authorities, which requested and was granted a six-month extension IGL, despite numerous efforts for years prior to the onset of the pandemic, was not successful in having other contracts put in place,”  the company said.

“Right now, we are supplying up to three and four times the normal requirement, with a combination of local production and imported product,” said Managing Director Peter Graham.

IGL further said that local oxygen plants would not be able to meet a sharp rise in demand, without prior planning.

The MOHW in a statement refuted the claims by IGL, that accused the government of repeatedly failing to respond to requests for oxygen demand.

“Since this week, based on revised projections, the Ministry has indicated to IGL that there will be a need to further increase supplies. IGL has responded that it would be negotiating with its suppliers to facilitate increase supplies as much as possible based on the Ministry’s estimation,” read the statement.

“It is to be further noted that the Ministry of Health and Wellness, through its Regional Health Authorities, engages directly with IGL on the supply of oxygen needs to the country. This is based on a framework agreement with established rates per cubic meter of oxygen provided,” added the MOHW.

Several hospitals across the island ran low or ran out of oxygen supply over the weekend after a surge in COVID-19 cases.

The health ministry said it had been in consultation with IGL as far back as to the start of the pandemic last year.

The shortage is said to be the cause of the spike in the recent COVID-19 related deaths.