Increased rainfall activity is forecasted for Jamaica and is expected to last until Sunday (August 2).

The Meteorological Service made the revelation as it explained that Hurricane Isaias had induced a trough over the island, which is to linger until Sunday.

The island’s weather service said that Jamaica would likely get between 5-10mm of rainfall each day.

According to the Miami- based organisation Isaias is moving toward the northwest near 14 mph (23 km/h), with a general northwestward motion and some decrease in forward speed is expected for the next day or so, followed by a turn toward the north-northwest by late Sunday.

On the forecast track, the NHC said that the hurricane’s center would move near or over the Central Bahamas on Saturday and near the east coast of the Florida peninsula Saturday afternoon through Sunday.

The NHC further added that some additional strengthening was possible as Isaias is forecasted to remain a hurricane for the next couple of days. 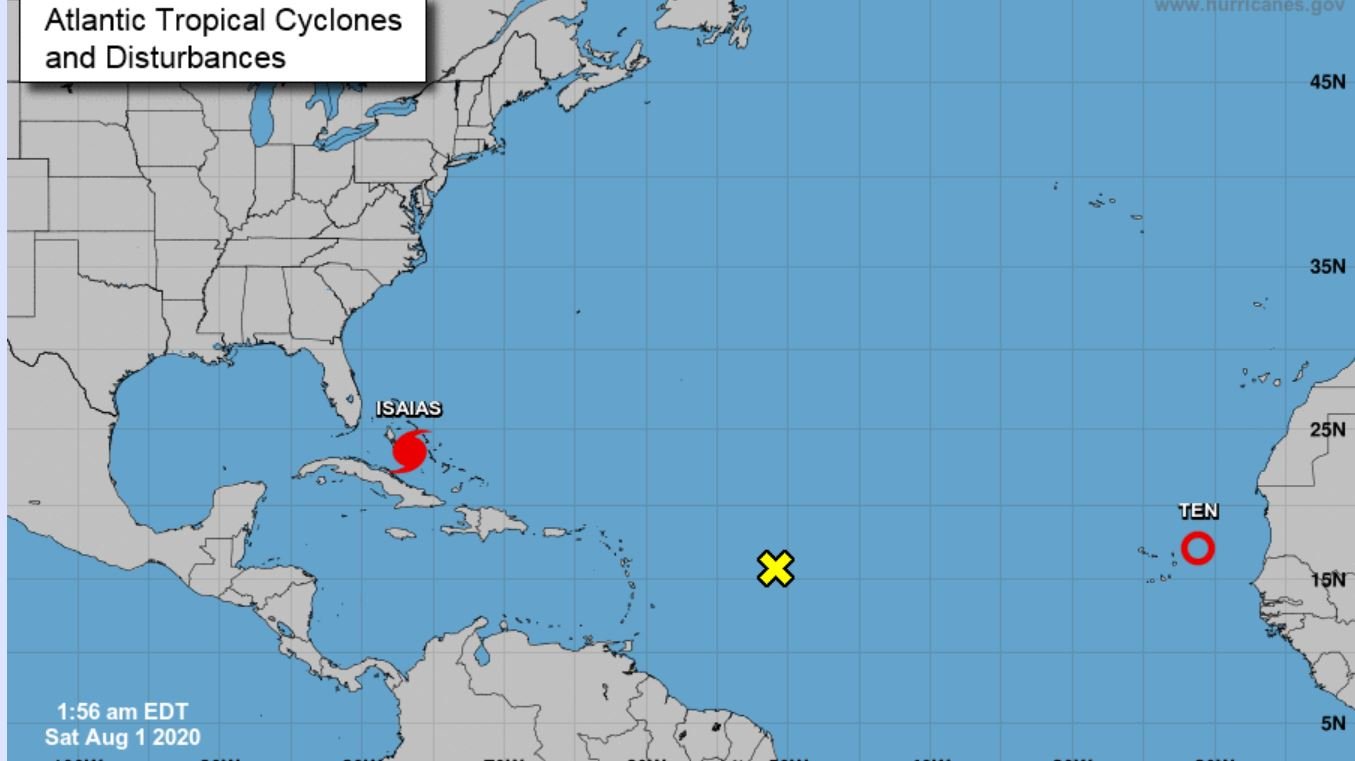