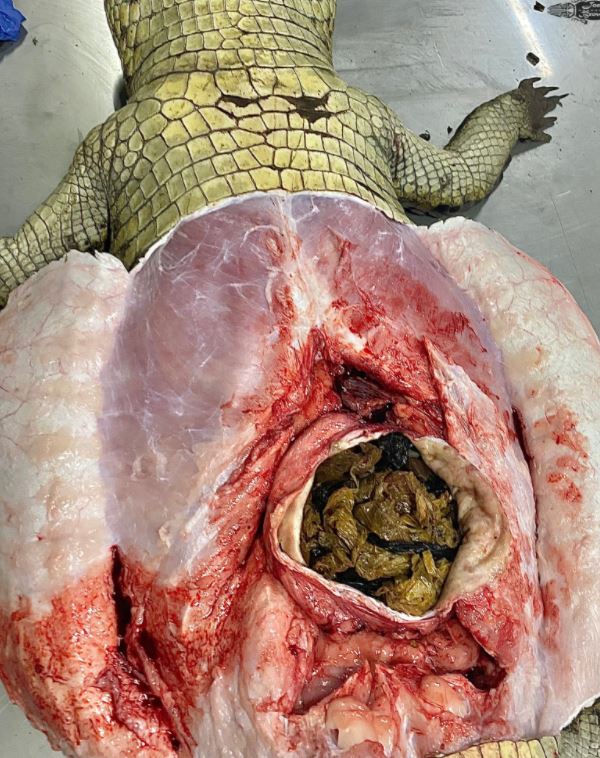 There are more calls for Jamaicans to be mindful of how they dispose their garbage, particularly plastics after a crocodile was found dead on Tuesday (September 22).

The National Environment and Planning Agency (NEPA) revealed that close to 10 kilograms (20.5 pounds) of plastic was found in the belly of the endangered specie.

According to NEPA the creature was found in St Catherine and transported to the Hope Zoo where a post mortem was done.

Curator of Hope Zoo Joey Brown who conducted the post mortem in a tweet said, “As I opened up the stomach, I found it was packed completely full w/ over 22 #plastic bags”.

Brown used the occasion to remind the public that improper disposal of plastics can be deadly to wild life.

Environmentalist have long warned that plastic is one of the greatest threats to marine life. 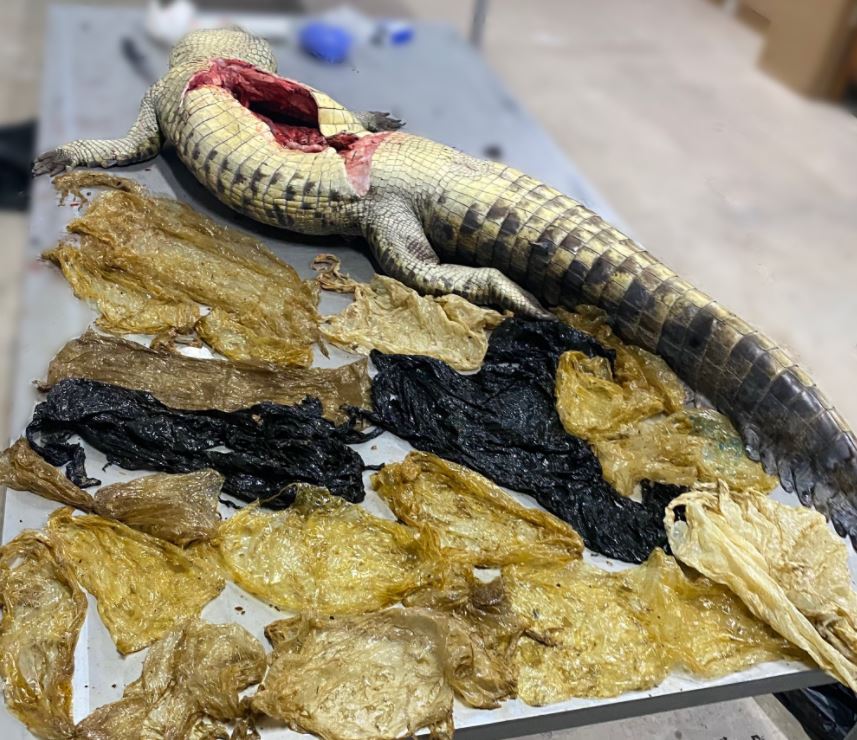 It is estimated that over 1 million marine animals (including mammals, fish, sharks, turtles, and birds) are killed each year due to plastic debris in the ocean.