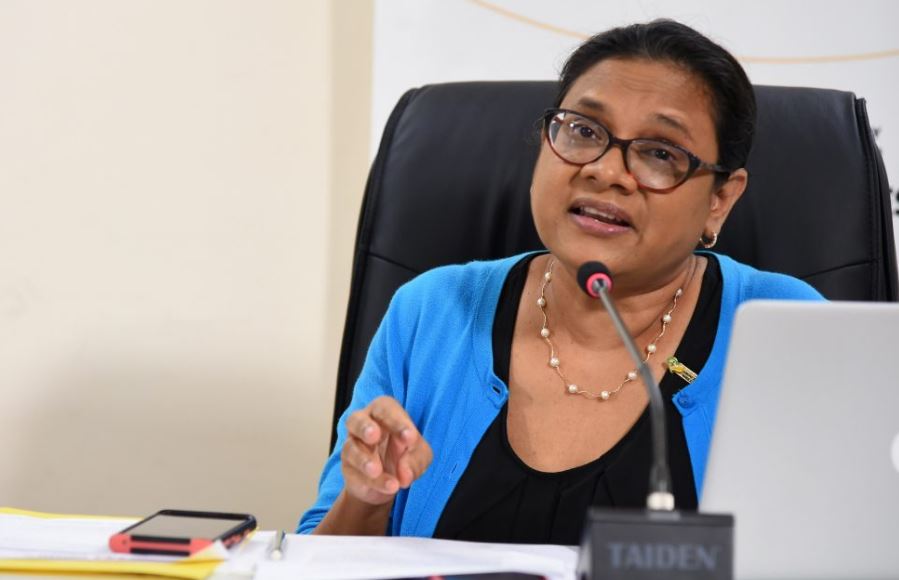 Jamaica is said to be in the throes of what is described as the third wave of COVID-19 infections.

Infection prevention protocols such as hand washing, social distancing and getting vaccinated continue to be the message of the Ministry of Health and Wellness (MOHW).

However if you have been following the above protocols, you may be wondering when this third wave will be over i.e. when will this current COVID-19 surge end?

That very important question is one the Chief Medical Officer (CMO) Jacquiline Bisasor-Mckenzie attempted to answer at a recent COVID-19 press briefing.

According to Bisasor McKenzie, while she doesn’t have a crystal ball, she noted that it would likely be two months or more before COVID-19 infections begin to decline.

“The first surge took about 82 days overall with a peak at about day 25. And it took about double that 25 days,in order for us to get back down to low levels. So, it took us about two months to get back to the low level of transmission,” explained Bisasor-McKenzie.

While two months is the minimum amount of time Bisasor McKenzie estimates will be necessary to get COVID-19 infections down to acceptable levels, she notes that factors such as the high transmissibility of the delta variant could significantly increase the time span.

“But based on the fact that the peak is higher, the variant that we’re dealing with is highly transmissible, then it may take longer,” she said.

“Any projection is going to be based on, in terms of how long, is going to be based on the variants that are in circulation. Delta is very, very transmissible. And so that can change how long we take to go down. And then if we get new variants that are transmitting even faster than the delta, then that also can cause lengthening of the surge. And it’s also dependent on the measures we have in place,” added Bisasor McKenzie.

Are the current COVID-19 measures working?

According to Bisasor McKenzie the surge can also be affected by how well Jamaicans adhere to the prevention measures imposed by the government.

Bisasor McKenzie the measures imposed by Prime Minister Andrew Holness two weeks earlier have already begun to have a positive impact on new COVID-19 infections, citing a levelling off in the positivity rate.

“So we can clearly see looking at the positivity rate that there is a trend that we are bending the corner levelling off. And this is something that we hope that will continue,” said Bisasor McKenzie.

“Another good thing that we are seeing apart from the positivity rate is the reproductive rates, we would have seen that we would have gone almost as high as 1.5 with the reproductive rates and what that means is that people were out there spreading one person was spreading to several persons. We have imposed restrictions and a lot of persons have taken on the personal responsibility to ensure that they restrain from behaviour that will cause exposure and spread. And what we are seeing is that these measures would have resulted in a decrease in the reproductive rate. Now, it’s still early days, because we’re just seeing the bend going down. And it means that we may have to continue with some of these restrictions that we have in place, in order to keep that reproductive rate down and pretty much get it below one, we want to get it back down to 0.7 and even below,” she added.