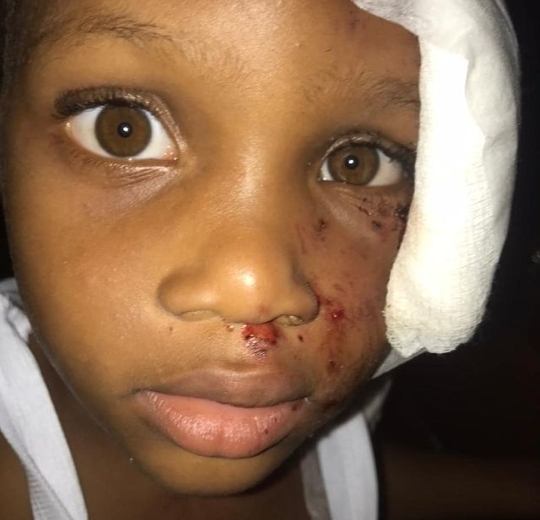 The man who was accused of badly beating his girlfriend’s 3-year old son Jamarie was arrested and charged by the St. Catherine North Police.

Jamal Klique, who is the father of Jamarie made the revelation in an Instagram post on Tuesday (September 21).

“Justice has been served. The Police informed me the man was caught and in custody behind bars,” he said.

According to a social media post from the Jamaica Constabulary Force (JCF) on Tuesday, the accused is 29-year-old Anthony Bailey of Berry Hill district, Riverside St. Catherine.

Klique says that Jamarie’s mother who decided not to press charges against Bailey after the incident is not a threat to their child.

“I want to express that the mother of Jamarie is not a threat to my son,” he added.

In addition, he attempted to give a better understanding of the circumstances that lead to Jamarie’s mother not wanting to press charges against Bailey.

“Speaking with her & the Grandmother the full story was unveiled of her being traumatized and scared of what the Boyfriend would do if she pressed charges,” he explained.

According to Klique she was frightened and felt helpless after their son was attacked.

“She was helpless and scared in the situation,” he said.

“After having a deep talk with the family and Jamarie’s mother I now understand there’s only so much a woman can do when she’s in an abusive household. So I would like some of the Community to stop with any negative comments and threats towards her Instagram account,” Klique added.

The father says that he is now focused on his son’s recovery.

“My main focus now is to help my son get the assistance and help he needs to start his healing journey from Post-traumatic stress,” he said.

Klique took to Instagram on Sunday (September 19) to blast the mother of his 3-year-old son for not pressing charges against Bailey, who he said left their son bloody after attacking him.