A man is believed to have been electrocuted as he attempted to steal copper cables from a Jamaica Public Service (JPS) facility in Old Harbour, St Catherine on Sunday (September 27).

The burnt remains of the man, which have been widely circulated on social media , were found inside a closed area, which the light and power company said was not accessible to the public.

JPS have confirmed  that the man was not an employee of the company, noting that it was unclear how he gained access to the premises.

According to the JPS nobody was authorised to be in the area, and that only authorized staff under certain circumstances would enter such areas.

Public relations manager at JPS, Audrey Williams, noted that it was likely that the man gained illegal access to the enclosed space and is believed to have cut some high voltage wires that led to his demise.

There was also a fire at the premises which resulted in losses for the company.

Over the weekend the island experienced severe thunderstorms which resulted in at least one man dying after being struck by lightening, it is unclear what impact of if any the weather had on the above event. 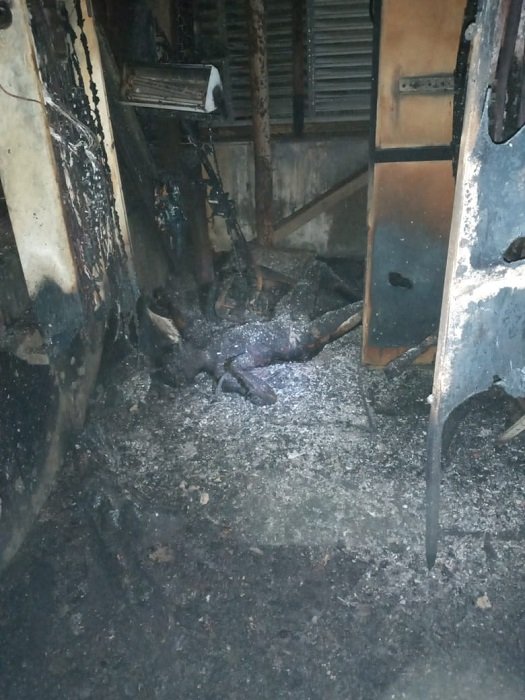