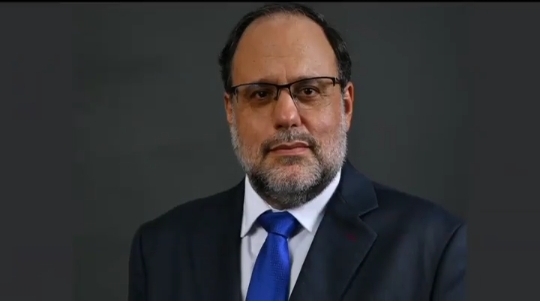 Leader of the Opposition Mark Golding has written to the Prime Minister, seeking an inclusive meeting to discuss ways to address what he is calling a ‘deep crisis of death and despair in our society’ due to the surge in COVID-19 cases.

Golding’s letter comes as the island continues to struggle to meet the demands for medical oxygen due to the surge in infections and deaths.

“I am, therefore, suggesting that we have an immediate summit to identify workable responses to the extremely desperate situation now facing the Jamaican people, in a demonstration of a common fixity of purpose and national unity,” Golding said in his letter.

According to Golding, he is yet to hear from Holness, despite the PM telling the nation that he would be seeking consultation with the Opposition to discuss solutions on slowing down the spread of the virus.

“This is something that I have been calling for repeatedly, so I was happy to hear you say it, but since then, I am yet to receive any communication from you on the matter,” he said in a video released to the media on Monday (August 30).

Golding, who is also the President of the People’s National Party said that its members are very concerned about the country’s hospitals, which are facing overcrowding, and healthcare workers who are under severe stress.

“Both traditional and social media reports, portray chaotic and desperate situations in our hospitals, placing the staff under unreasonable levels of stress and placing patients in considerable distress. In particular, hospitals have been faced with a severe and life-threatening shortage of critically needed oxygen.”

“We remain very concerned that the existing arrangements are ad hoc and inadequate to meet the critical needs of patients across the country,” Golding said, as he read the letter to the PM.

“The Opposition has, on several occasions, called for a variety of measures to be taken to protect the healthcare system, healthcare workers and the Jamaican people. The Opposition stands ready to support the implementation of life-saving strategies and to place our country on a path to recovery,” he added.