New details have emerged about a woman who was shot and killed inside a bus that was loading passengers in Linstead early Friday morning (August 14).

The dead woman has been identified as 58-year-old Millecent Fisher-Gunn, who worked as a route inspector with the Transport Authority.

According to a source, who knew the victim, affectionately called ‘Millie’, she had in recent times received several death threats.

The source explained that the death threats began shortly after two of Fisher-Gunn’s sons, Shane and Dave, had been killed in 2018 within weeks of each other.

The source alleged that Fisher-Gunn’s sons had been involved in criminal activity.

Since their death, Fisher-Gunn had been warned to leave the community.

While Fisher-Gunn had initially complied, leaving the island to stay with family members in England, after just one-year abroad she had decided to return.

The source noted that during her most recent vacation period, Fisher-Gunn had been off the island only recently having returned just prior to the COVID-19 pandemic.

Upon Fisher-Gunn’s return to Jamaica earlier this year, the source revealed that she had again received death threats.

The source further revealed that she wasn’t the only one getting death threats but drivers in the community had been warned not to transport her.

“Them use to have bus man wah take them come inna Linstead by 5:00 a.m. so she use to take the bus but the bus man hear seh them threaten wen fi kill her so the bus man nuh bother take her up a morning time, them just drive pass,” a source told The Den.

The source revealed that a private taxi had been taking Fisher-Gunn to Linstead in the mornings, as she lived in a community on the outskirts.

The source further revealed that based on Fisher-Gunn’s work start time she had to be out of her home prior to 5:00 a.m. 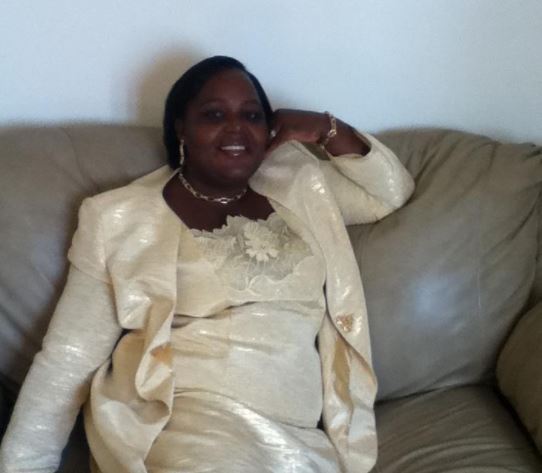 The source revealed that a relative was on the bus with Fisher-Gunn on the morning she was killed.

According to the source, the gunman seemed to have known Fisher-Gunn as he casually walked in to the bus, whispered something into her ear and then opened fire.

“About eight of them did inna di bus dis morning, but she did deh a di front cause she did know the driver for the bus so the driver come out now and deh load fi Spanish Town,” the source told The Den.

“The driver come out and one next man sit dung side of her but mi cousin seh the man that sitdung side of her look like he live up a Banbury to, so she seh when the boy come inna the bus, she seh she just see the boy go over to her [Fisher-Gunn] and whisper, inna her ears but nobody heard what the boy said,” the source added detailing the minutes leading up to the shooting.

The source said that following the brief interaction between Fisher-Gunn and the young man gunshots were fired.

The source further said that the man sitting next to Fisher Gunn appeared to have been injured in the ordeal but nobody knew for sure, as all the passengers had ran from the bus upon hearing the gunshots.

“Them feel seh the bowy did a wait pon her and clearly she knew him cause he came into bus stepped over a few seats bent down an whispered something to her prior to firing the shots,” said the source.

“The people on the bus said the man sitting next to her who they called “Tallman” appears to have been injured but my cousin said everyone ran and scattered as they were fearful,” added the source

Fisher-Gunn began working with the Transport Authority in Spanish Town in 2019.