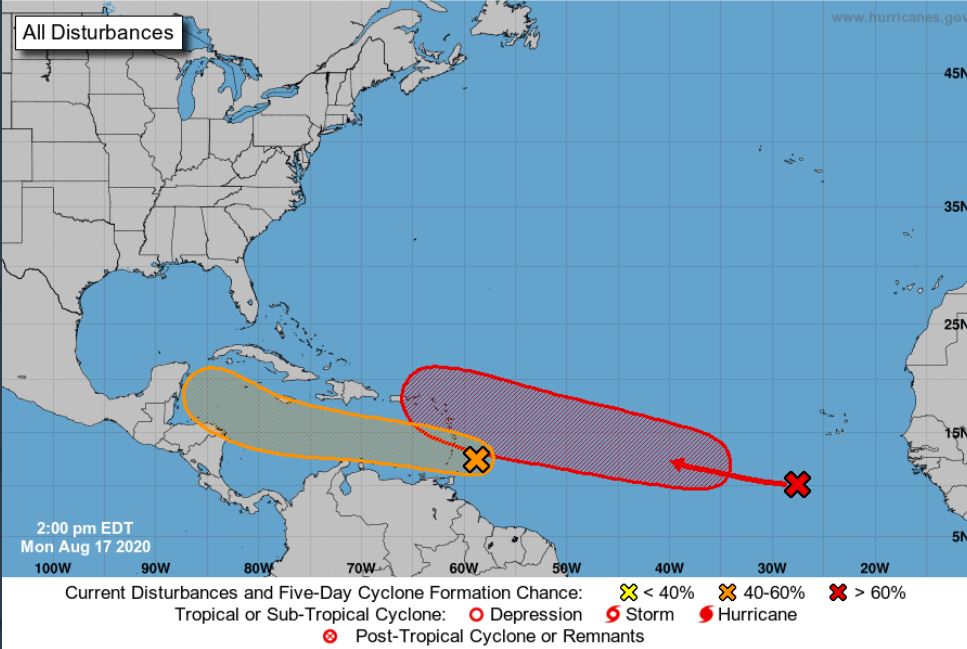 The National Hurricane Center (NHC) on Monday (August 18) said that it was monitoring two tropical disturbances that are currently at sea.

According to the NHC, the two systems in the Atlantic Ocean have a 50% chance of becoming the next named storms of the hurricane season.

The first is located about 400 miles east of the Windward Islands and is moving west quickly at about 20 miles per hour.

The speed of the storm is expected to prevent it from significantly strengthening and it is expected to move through the Eastern and Central Caribbean Sea early Tuesday into Wednesday.

When it gets into the western Caribbean Sea, it is forecasted to slow down and this could help it strengthen into a significant storm.

A second disturbance, just off the coast of Africa has a 60% chance of forming into a tropical depression.

Both systems could set the record for the earliest ‘l’ and ‘m’ named storms.