October deadliest month yet for COVID-19 in Jamaica

Almost 100 Jamaicans lost their lives due to COVID-19 in October, making it the deadliest month on record yet for the island.

The death toll increased from 111 at the beginning of the month to 209 by the month’s end; representing a percentage change of 88%  which is significant when compared to September, which recorded 90 deaths. 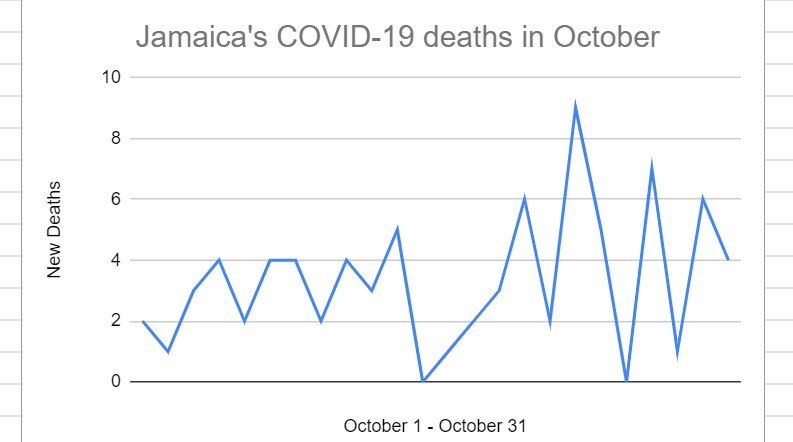 October also saw the highest volume of new infections which amounted to 2,576 when compared to the 1,741 new cases recorded in September. 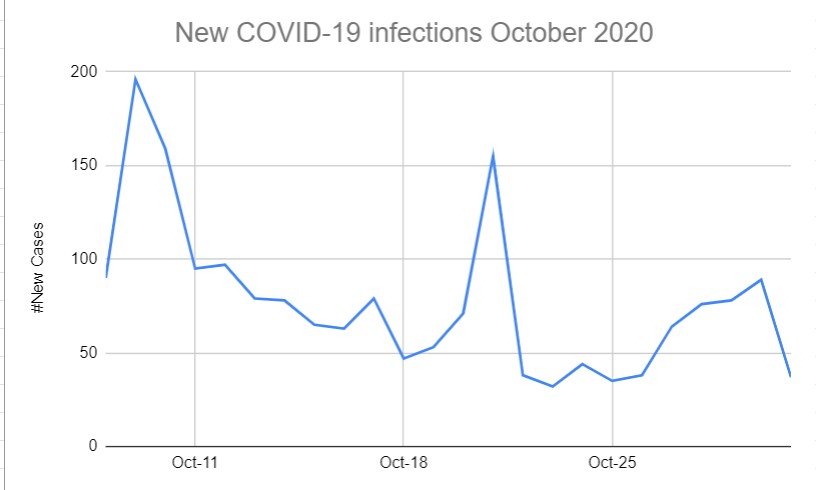 The country has been under curfew from April 1, 2020 with the government using it as a control mechanism for the virus.

The measure fluctuates, from time to time, based on Prime Minister Andrew Holness’ judgement about the hour of the evening most likely to keep COVID-19 from spreading, usually implementing tighter curfew measures during holidays and long weekends.

Despite the tighter curfew, the measure seems to have done very little to contain the virus, particularly over the recent Heroes Day weekend, in which hundreds of Jamaicans were caught flouting the regulation.

As the country’s numbers continue on an upward trajectory, with more and more reported breaches of the protocols, anecdotal evidence seems to support the idea of  that Jamaicans may be suffering from COVID-19 fatigue.

COVID-19 fatigue is an emerging phenomenon which suggests that people are willing to engage in risker behaviours, like flouting regulations, due to overall restlessness with measures aimed at preventing the spread of disease.

As the pandemic drags on, more and more Jamaicans are finding it difficult to follow COVID-19 prevention guidelines. However, Jamaicans aren’t the only one grappling with this phenomenon, with COVID-19 fatigue being reported in the UK, US and Europe.

Even consumer data suggest that people are just plain tired of the pandemic and related ads.

A survey of 7,000 across seven countries in April found that 41% of consumers wanted to hear from brands on topics unrelated to the pandemic.

Disparities in enforcement of COVID-19 regulation

While some have suggested that Jamaicans are beginning to suffer from COVID-19 fatigue, others have said that the effectiveness of the curfew measures have been on the decline due to enforcement, pointing to the disparities between the country’s rich and poor.

“Uptown dem a party out backside, I heard about a birthday party in Portland and the whole a the rich people dem catch it, but them want to oppress us,” said a shopkeeper in the Cassia Park community who spoke to The Den.

According to the shopkeeper, who admitted to flouting the COVID-19 regulations, round robins and late night entertainment events are her livelihood.

“Me did a follow it up enuh, but once me see how the rich people dem a gwan and the minister just a seh him concern, and dem nah fight dem; me seh den well might as well me chance de COVID,” said the woman making reference to a Jamaica Observer article in which the Minister of Health, Dr Christopher Tufton, expressed concern about the high concentration of positive cases in upper-class communities.

The woman told The Den that disparities in how the law is enforced had lessened the seriousness of the pandemic in her mind, noting that she now thought it was being used as a weapon against the country’s poor.

“Them lock-up people inn a Half Way Tree for not wearing mask, make public example out of  poor people and the man what seh him nah go inside. Yet them mask-less friend a kiss pon boat and them just concerned! Lock-up one of your big shot friend, but till then we nuh believe yuh,”  said the woman. 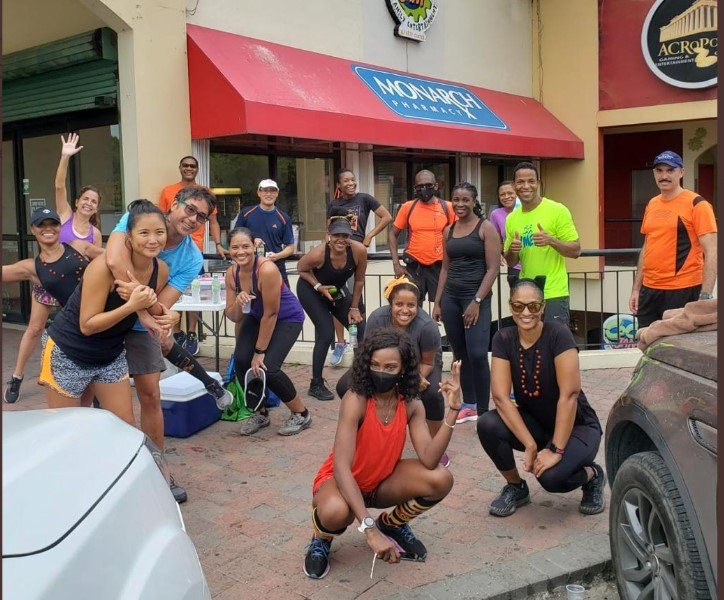 “Idiot them take we fah,  anyways make COVID-19 nyam me! If it wasn’t COVID-19 I would have died of poverty anyway; death comes to all man but once, ” she added.

The sentiments shared by the woman seems to be an emerging school of thought, with several entertainers like Buju Banton, Tanya Stephens and Sizzla expressing frustration with the COVID-19 restrictions that seem to have disproportionately affected the poor.

Enabling the under ground economy

While also recognizing the disparities in the enforcement of COVID-19 regulations, one large enterprise owner told The Den that his perspective on the pandemic had also changed.

According to the man, while he believed the pandemic was still relatively serious, he believed the protocols didn’t really address the virus at all, in fact he believed the regulations served as a mechanism to disadvantage those in the formal economy who played by the rules

The man shared that he couldn’t quite see how curfews helped to contain the spread of the virus noting that this was primarily responsible for why people’s perspectives on the pandemic were beginning to change.

“What it really has done, is reduced the earning power of those within the formal system, who are too noticeable to break the law,” he explained.

“I have to close by 6:30 p.m. most days to give staff adequate time to reach home before  the curfew, in smaller unlicensed businesses, sometimes they can earn right up until 8 and even beyond, because people are still risking it, coming out to buy stuff, ” he added .

The man further said if Jamaica was to embark on such a path, and move towards a less physical world, it was time to invest in science and technology, citing driver-less cars and drones, as well as, new legislation to govern such developments.

Jamaica has so far recorded 9,373 positive cases of the virus that was first detected in China last December and blamed for more than 1million deaths and 40 million infections worldwide.