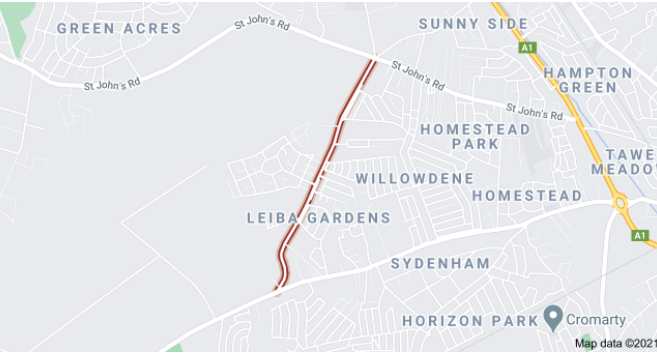 A one-year-old girl is among three individuals who were shot and injured in Spanish Town late Sunday (February 14) when gunmen invaded a home.

Reports from the Spanish Town Police are that at about 9:15 p.m., Andrew Thomas was at home on Featherbed Lane with other family members when armed men entered the yard.

The men opened gunfire hitting the baby girl and another relative.

Thomas ran, however he was reportedly chased and shot multiple times.

A joint police/military team responded to the incident; they too came under heavy gunfire and had to take cover. No member of the team was injured. The gunmen escaped in the area.

The injured persons were taken to hospital where Thomas was pronounced dead. The injured man along with the child, who received gunshot wounds to both legs were treated and released.