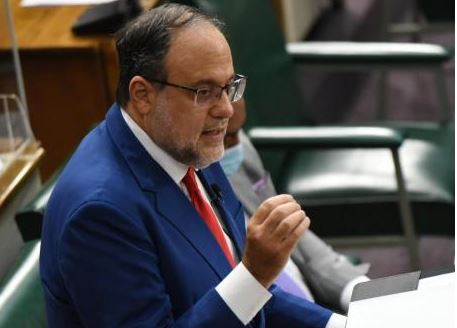 Opposition Leader Mark Golding has said that a government led by him would abolish the need for students to provide a guarantor in order to access funding from the Student Loan Bureau (SLB).

Golding made the statement during his contribution to the budget debate on Tuesday (March 16).

While commending the current administration for reducing the number of guarantors to one, necessary to secure a loan from the SLB as a “step in the right direction”, Golding notes it does not go far enough.

“When the Public Accounts Committee recently looked at the SLB, we found that the amounts recovered from guarantors are quite small in the scheme of things, which suggests that the retention of this requirement is not necessary for the sustainability of the institution,” said Golding

Golding further said that his administration would revise the loan structure used by the bureau to better assist students in terms of repayment.

“The State, and not the student, must bear the risk of employment creation. The next PNP Government will reconfigure the loan structure used by the Student Loan Bureau (SLB) so as to cap monthly payments at a reasonable percentage of their actual income, to ensure that it is manageable for young graduates,” said Golding.

“We will ensure that borrowing a student loan to invest in their education is something that students no longer fear,” he added.