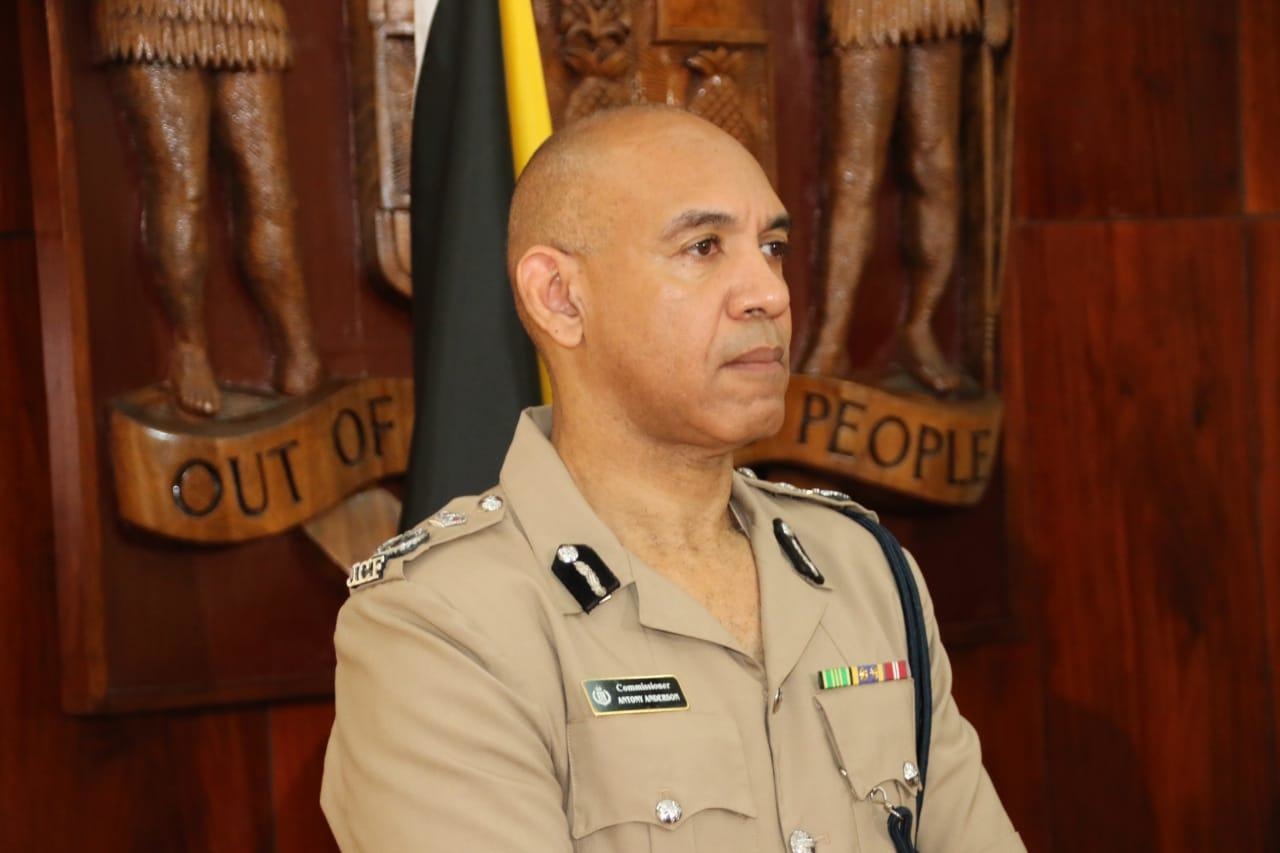 Commissioner of Police,Major General Antony Anderson has said that Jamaica has a serious violence problem.

Anderson made the statement while speaking at a press conference at Jamaica House on Sunday (November 14).

According to the police commissioner, data shows that while crime is trending downwards, murders remain high and continue on an upward trajectory.

“As of November 12, 2021 our serious crime data shows that we have an increase in murder. Shootings have remained largely flat, but other crimes are trending downwards,” Anderson said.

“What this means is that we have a violence problem;we have a problem with persons who are willing to take up guns and kill,” he added.

Anderson further shared that 11 persons, were killed in a 24 hour period and were not yet included in the murder tally which already stands at 1,240.

“As of Friday (November 12), there were 1,240 victims of murder. 392 of those were killed across the four divisions in Kingston and St. Andrew, which represents 32% of the national figure.

“Not included in the statistics are the 11 murders that took place over the last 24 hours that were reflected in this morning’s crime report,” he added.

Anderson also used the occasion to express alarm at the increasingly gruesome way in which murders were being executed, pointing to a recent incident in which a victim’s severed head was sent in a bag to his family.