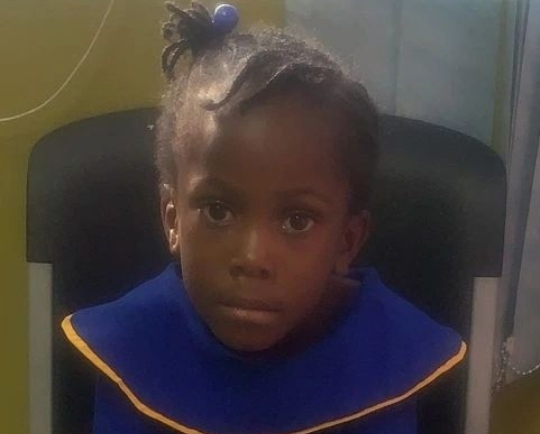 A 4-year-old girl is now in police custody after she was found wandering in the Payneland community of St. Andrew south.

Reports are that on Tuesday (March 29) the toddler was picked up and questioned by police from the Hunts Bay Police Station where she stated that her name is Julissa Brown.

According to the Jamaica Constabulary Force (JCF), Julissa was however unable to provide them with an address or the names of her relatives.

The JCF is seeking the public’s assistance in locating and reuniting Julissa with her family.

In addition, the JCF is asking anyone who may be able to assist to contact the Hunts Bay Police at 876-923-7111, Police 119 emergency number, or the nearest police station.