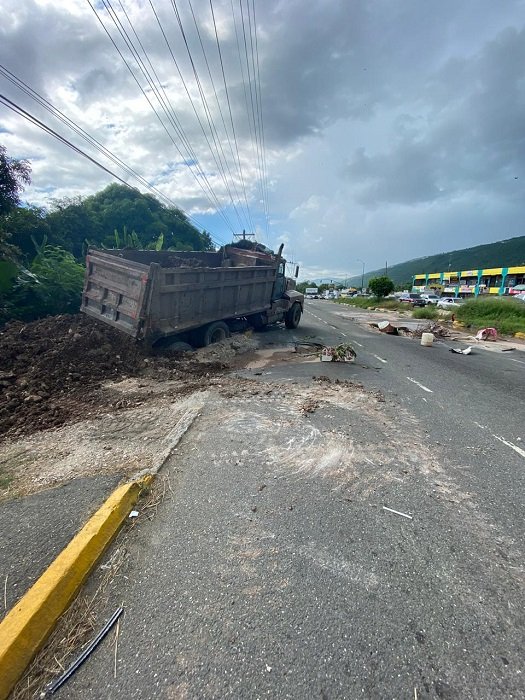 The Den understands that a pipe which ruptured  along the Washington Boulevard is behind the collapse of the roadway in the area.

The rupture of the National Water Commission (NWC) pipeline on Wednesday (October 14) resulted in a truck veering off the roadway causing damage to the vehicle and the roadway.

Traffic in the area has been reduced to a single lane and NWC customers have been without water since the incident which took place around noon.

“Sections of Washington Blvd, near Weymouth Dr. closed to vehicular traffic due to major failure in the road embankment caused by defective pipeline. Westbound traffic now being re-routed. Avoid area if possible as significant delays are being experienced, ” read a release put out by the National Works Agency on the incident.

The incident comes a days after a similar incident occurred on Arthur Wint Drive  near the Bustamante Childrens Hospital.