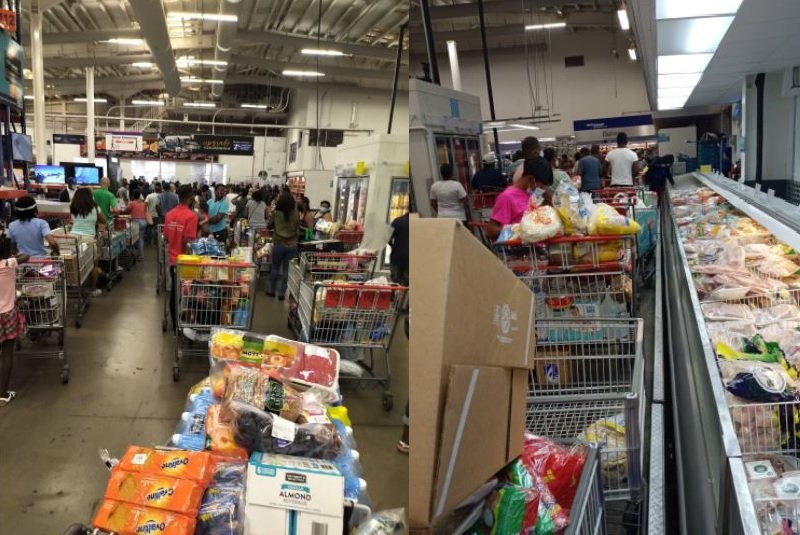 Several supermarkets island-wide have adjusted their opening hours to allow people to shop earlier, as the country prepares to go into a weekend lockdown.

In major towns across the island, several food retailers have noted that they would be opening as early as 6:00 a.m. to facilitate shoppers trying to avoid the late evening rush.

While the curfew hours for Friday (March 26) remains the same, the Prime Minister during a special address to the nation last Sunday asked businesses to close at noon. 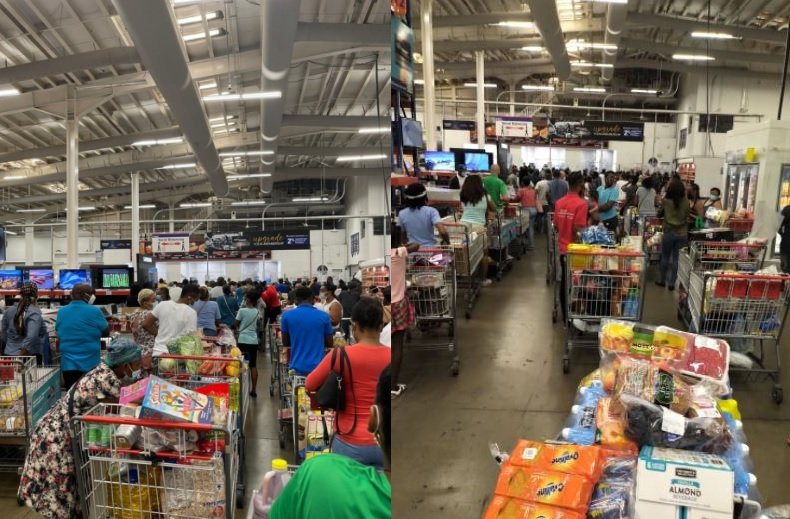 The early closure doesn’t apply to supermarkets and other essential services, however, some retailers are encouraging shoppers to come out early to avoid the last minute rush.

However, irrespective of the time of day that shoppers choose to come out they are being told to brace for long lines, as on Thursday (March 25) as early a 6:00 a.m. there was heavy traffic on Red Hills Road and a lengthy line outside the popular membership club, PriceSmart.

“Honestly, whoever let them build PriceSmart along red hills road is an idiot… I love the place – but any city planner with sense would realize that little 2 lane road can’t handle that amount of vehicles on a rush day,” added another, who complained about the traffic in the area.

One wholesaler along Red Hills Road told The Den that while people are not necessarily panic buying the weekend lockdown coincides with payday.

“Most government workers and other workers get paid on the 25/26 so that’s why we are seeing the huge crowds,” explained the small wholesale operator.

” It is not just PriceSmart, Lee’s packed too. I’ve started opening from five because people are out earlier and I live upstairs so I am trying to catch every sale,” the wholesaler added.

One shopper who spoke to The Den while waiting patiently for Lee’s Supermarket, also on Red Hills Road, to open, said that she had wrongly assumed that coming out early would have helped her to avoid the crowd.

” I thought coming early would mean me nuh haffi bungle up but see it deh, look how much people inna line a wait and the store no open yet,” said the woman.

” It is just bad timing cause everyone is getting paid now and most people I don’t think understand that the curfew isn’t 12 but 8:00 p.m. so, there has been just a run on supermarkets, ” added the woman who came equipped to wait with a foldable chair.

The Den reached out to the management teams of at least two supermarket chain to find out when stores would be least crowded, however while most retailers couldn’t give a definitive answer, both chains seemed to agree that the days prior to lockdown would be busy irrespective of time .

According to consumer data collected by a local market firm supermarkets tend to be least crowded on Mondays particularly in the earlier hours, between 8:00 a.m. and noon.

Here are a few of the supermarket chains that have adjusted their opening hours to accommodate lockdown measures: