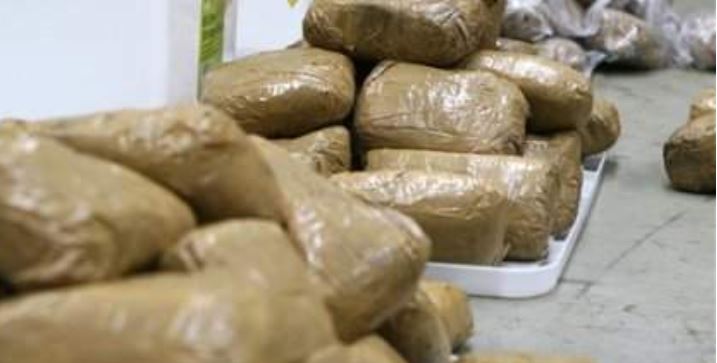 Three Bahamian nationals were arrested on Thursday (June 25)  in connection with an operation in which police seized approximately two thousand six hundred pounds of compressed ganja.

The drugs have an estimated street value of over $10 million JMD.

Reports from the police are that lawmen carried out an operation at premises in Lancer Bay, Hanover, and seized approximately two thousand six hundred pounds of compressed ganja.

The operation was extended to Negril, Westmoreland where three Bahamian nationals who illegally entered the island to ship the drugs abroad, were arrested.

The Bahamians, whose identities are being withheld, were arrested and placed in quarantine.

Police have said that all three men will be interviewed in the presence of their attorney.