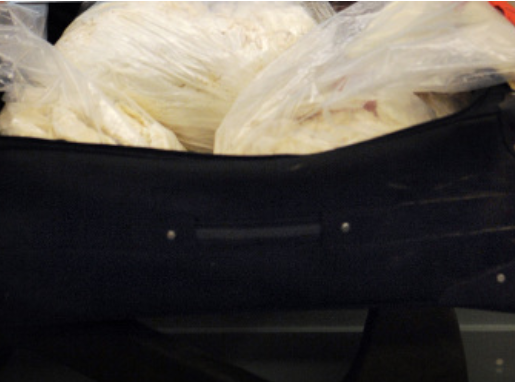 Two Americans busted with cocaine at airport in Mobay

Two Americans were taken into police custody after they were busted trying to board a flight to New York with a large quantity of cocaine hidden in their luggage.

Reports are that about 12:20 p.m. on Friday (July 24) the women arrived at the Sangster International Airport in Montego Bay attempting to board a flight for New York, USA.

During security checks, four packages containing cocaine was found in their luggage.

The drug weighed approximately 2.5 pounds and has an estimated street value of $1.3 million JMD.

The women have been identified as 24-year-old Lakeisha Bell and 18-year-old Satania Clarke, both of Connecticut in the United States of America (USA).

The women will answer to the charges of Possession of Cocaine, Dealing in Cocaine and Attempting to Export Cocaine when they appear in court on July 31.