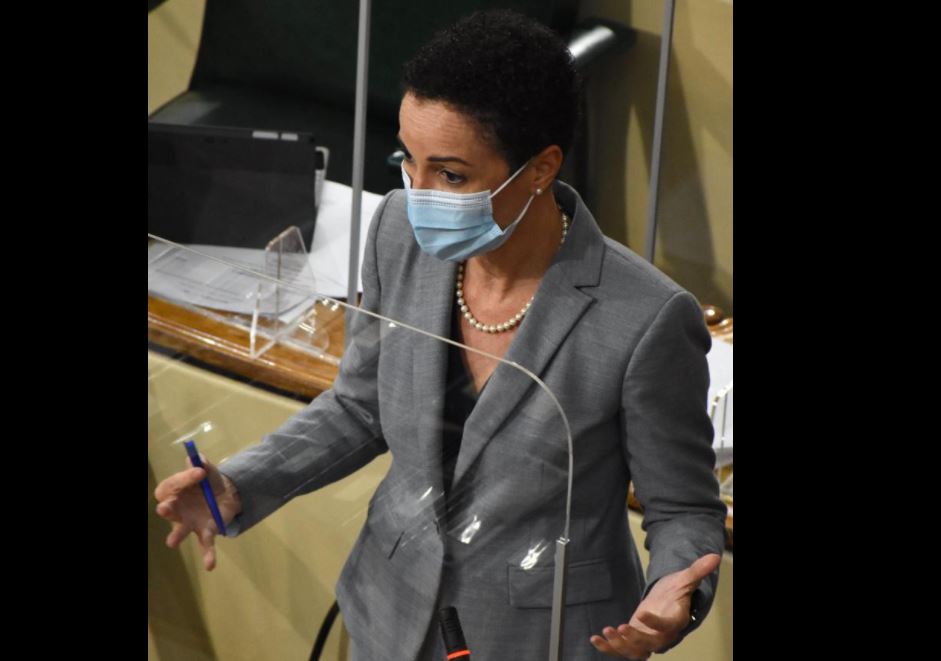 The United States has apologized for the detention of four Jamaican fishermen and the subsequent destruction of their boat, Lady Lawla, in October 2020.

Minister of Foreign Affairs Kamina Johnson Smith made the disclosure during a sitting of the senate on Friday (January 15).

According to Johnson Smith during bilateral talks, apologies were extended to the Jamaican side by the United States regarding the handling of the matter.

“I’m pleased, however, to advise that the bilateral exchange was constructive and frank and undertaken in a spirit of cooperation and mutual respect. Apologies were extended to the Jamaican side by the United States regarding the handling of the matter,” said Johnson Smith

“Both sides agreed on the following, the importance of the long standing bilateral relations between Jamaica and the United States. The continued relevance and validity of the Shiprider Agreement to meeting the desired objectives of stemming the narcotics trade, and eliminating its contribution to crime and violence in the country. The importance of taking appropriate action to treat with any difficulties which may arise in the implementation of the agreement to ensure its optimum effectiveness, and a commitment to work towards concluding in a timely manner, agreement on enhanced operational procedures,” added Johnson Smith.

Johnson Smith also shared a timeline of events surrounding the incident, highlighting the fact that the government was made aware through media reports that the case against the fishermen was dropped.

“We were advised that four Jamaican men were aboard the Jamaican registered vessel when it was intercepted in October 2020 and, its cargo inspected by the US Coast Guard on the grounds of reasonable suspicion that the vessel was involved in illicit drug activities. Having tested and found that items aboard the vessel contained a type of narcotic drug or psychotropic substance as provided for under the agreement;the four Jamaicans were transferred to and detained on the attending US Coast Guard vessel, and the lady Lola was destroyed on the grounds of representing a danger to navigation pursuant to the provisions of the agreement, the UN Convention against illicit drugs and psychotropic substances, as well as standard maritime practice,” explained Johnson Smith.

Johnson Smith disclosed that the US government made a formal request for Jamaica to waive its jurisdiction over the vessel, its cargo and the persons on board.

The Foreign Affairs Minister told the senate that the waiver was granted on “certain specific conditions”.

“On the 15th of December, the US Southern District Court dismissed charges brought against the four Jamaica nationals on the grounds of lack of evidence. On the 28th of December, the ministry was made aware of the dismissal from media reports,” Johnson Smith said.

Opposition Senator Peter Bunting expressed concern about the fact that it took the government almost two weeks to learn that the charges had been dropped against the men, as he demanded further clarification from Johnson Smith.

“Just to be more specific, I think the dismissal took place on the 15th. And it was not until the 28th of December, almost two weeks that the ministry was made aware of the dismissal from media reports. So had there been no media reports, perhaps these men would have been languishing in detention up to now, ” enquired Bunting.

Johnson Smith responded by suggesting that because of the large volume of cases involving Jamaican nationals and drug trafficking incidents in the United States it can be difficult to keep up.

“Now, on your matter of the two weeks having passed for the year between the dismissal of the case and the Jamaican government coming to learn all this is of concern to us, but it is not of concern to us as much as in the way rather that you view it,” began Johnson Smith in her response.

“If you were aware of the number of Jamaicans that are before the courts, for drug offences in the US, you would realise that it would be an absolute impossibility for the government of Jamaica to have the responsibility for tracking those cases. The point is, however, that we should have been advised,” added Johnson Smith.