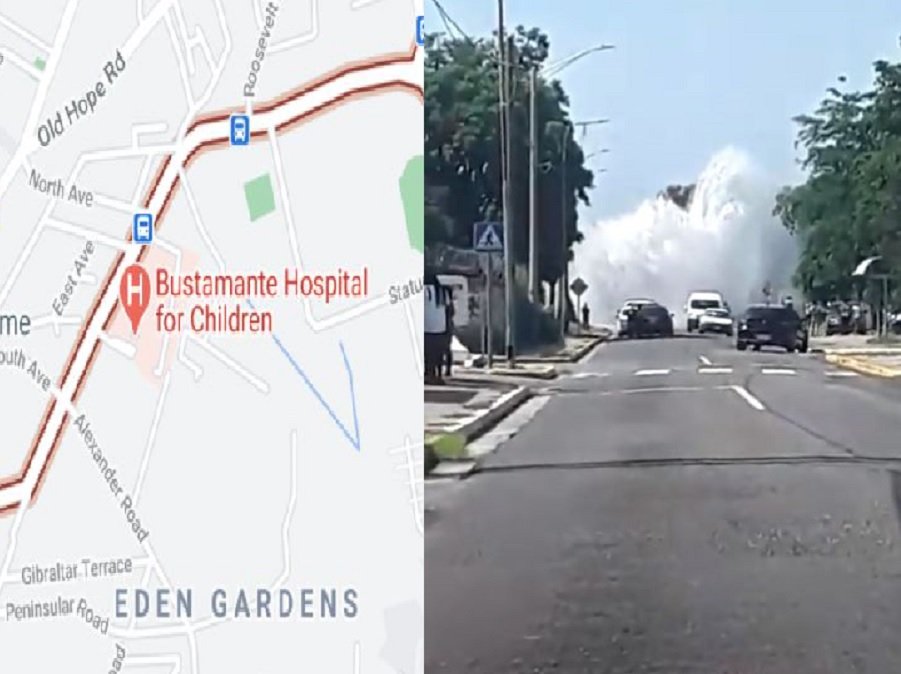 Motorists and the travelling public are being advised to avoid Arthur Wint Drive as sections of the roadway have been blocked due to a broken water main.

The main ruptured on Monday (October 12) and videos have since surfaced online showing a waterfalls worth of water along the roadway in the vicinity of the Bustamante Hospital for Children.

The Den reached out to the National Water Commission (NWC)regarding the ruptured pipe, however we were unsuccessful.

However, subsequently the NWC in a tweet revealed that it was aware of the incident, noting that one of its teams had been dispatched to the location.

“The NWC would like to note that our team is on location addressing the burst pipe on Arthur Wint Drive,” said the NWC in a tweet posted at a little after noon.

Other videos have since surfaced of water damage to additional roadways, including sections of Lady Musgrave Drive, in which water has been seen shooting up from the ground.

Late last month the NWC lifted piped water restrictions for some communities in the corporate area after three long months of drought, in which the agency noted that both its water storage facilities, the Hermitage Dam and the Mona Reservoir were well below capacity.