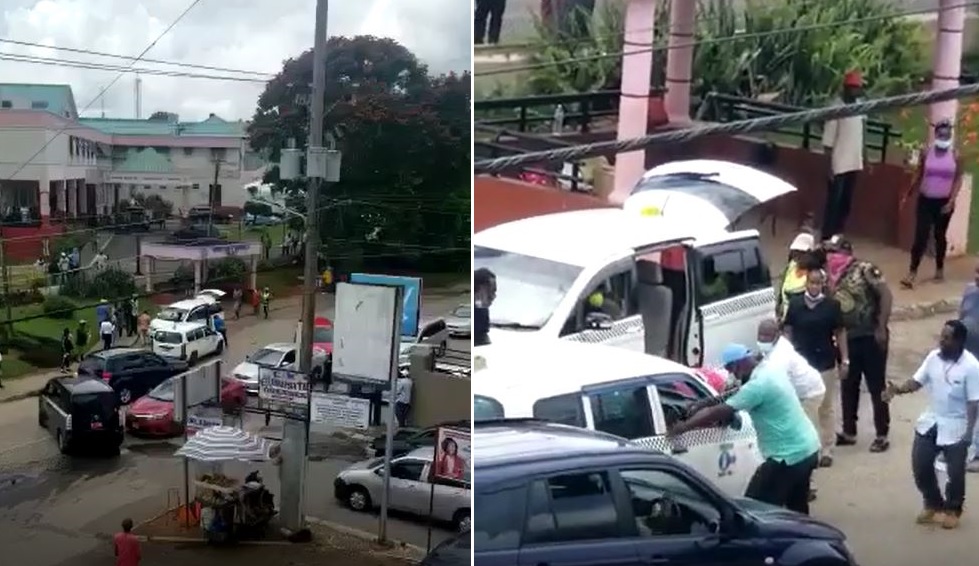 Video: Cabbie stable after brutal beating by colleague over customer in Mandeville

One taxi operator is in custody, while another is hospitalized in serious condition following a violent dispute on Caledonia Road in Mandeville, Manchester on Thursday (July 29)

Reports are that about 9:45 a.m., both men were involved in a dispute over a passenger, during which the suspect retrieved a wooden object from his motor vehicle and inflicted several blunt force injuries to the other.

He also, allegedly ran over the man with his motor car.

The man is currently being treated at hospital as he suffered several broken bones.

His condition is serious but stable at this time.

A police officer who was close by intervened and apprehended the suspect.

Reports from the Mandeville Police are that the man in custody, who cannot be named at this time, was also charged on Monday (July 26) with Unlawful Wounding which stemmed from a dispute involving him and a 73-year-old woman on North Race Course Road in the parish.

Both persons were granted bail.

Their court date is not yet finalised.