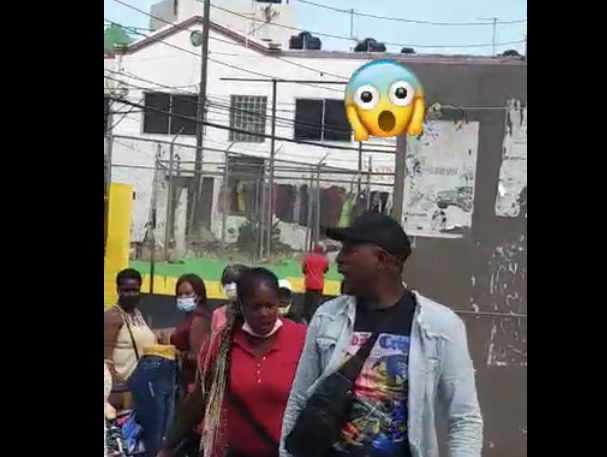 A woman was rushed to the May Pen Hospital in Clarendon on Wednesday (March 31) following a dispute with a market vendor.

The Den understands that the woman, also a vendor, became involved in a heated dispute with a male seller who had been setting up his stall in the vicinity of the Bargain Village.

Several viral video clips which have since surfaced online show the woman tossing the man’s items on the ground, as she attempts to claim the space as her own.

“You want me to kill you out yasso. Gweh!” the woman is heard saying as she tosses sale items at the male vendor.

The man engages the woman in a short screaming match, and later walks away only to return with a machete, which he uses to slash the woman in her forehead.

During the ordeal persons are heard screaming ” Jesus Christ” and a second man is seen firing shots into the air at which point onlookers realize that the woman is bleeding.

The woman later  resurfaces in the clip and is seen with blood dripping from her forehead while  holding hands with the man who fired the shots.

The woman was rushed to the hospital, while the male vendor was escorted to the police station.

According to the Clarendon Municipal Corporation the area in which the duo were fighting is a no vending zone.

Despite the area being a no vending zone, one market seller revealed that the man had often setup his sale items in that spot, noting that he was a “regular”.