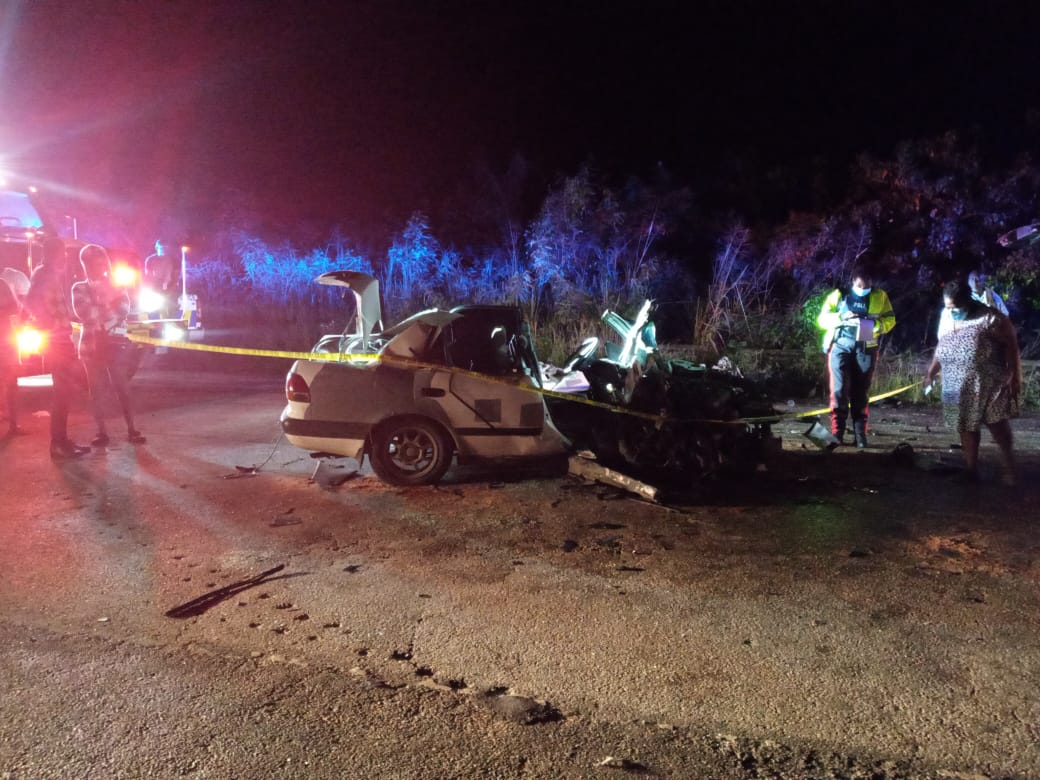 A 38-year-old Hanover man is dead following a head-on collision with a truck on the Orchard main road in  the parish.

Reports are that the deceased 38-year-old Patrick Barrett otherwise called ‘Spang’ was returning from a party on Friday (November 12) when the crash occurred.

Shortly after 10:00 p.m. Barrett was observed driving his white Toyota Corolla along the roadway.

He later collided into a truck.

It is understood that Barrett was operating his vehicle on the wrong side of the roadway.

Emergency responders who attended the scene had to cut Barrett from the wreck.

He was transported to the hospital via  a funeral home van, where he was pronounced dead.

Barrett, who is of a Sandy Bay address, is being remembered as a humble person and a loving father.