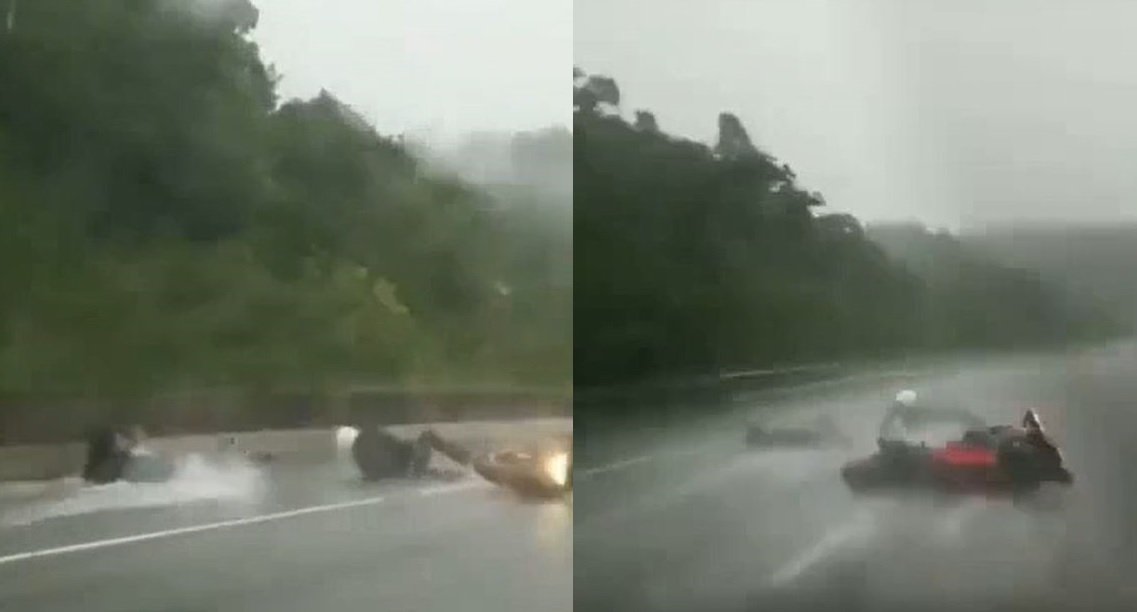 Information reaching The Den are that at least two persons were injured after they fell from a motorcycle while travelling along the North-South Highway in the heavy downpour on Sunday (October 25).

Jamaica has been experiencing heavy rains associated with the outer bands of Tropical Storm Zeta.

In a video posted to Snapchat, which has been making the rounds on social media platforms, two motorcycles are seen riding along the North-South highway towards Linstead, St Catherine.

The 16 second long video shows one motorcycle effectively surpassing a vehicle which was filming the incident, with a second motorcyclist not being so lucky.

At least two persons were seen flying from the second motorcycle, which appears to have skid on the  wet roadway, even briefly emitting flames as it comes to an halt.

During the ordeal, at least one the occupants inside the car is heard screaming obscenities as he gets a bird’s eye view of the unfolding incident.