Residents at a tenement style dwelling are breathing a sigh of relief after a group of BYD construction workers helped to put out a fire at their home.

The Den understands that smoke was seen coming from the multi-family dwelling near 74 Red Hills Road at about 9:50 a.m. on Friday (July 17).

Shortly after the smoke was seen, screams for help were heard, which were responded to by construction workers at a nearby BYD building site.

Videos which have surfaced from the ordeal show the workers assisting the distressed residents by pitching bucket loads of water across a zinc fence.

Residents are heard in the video asking for a “steel cutter” as The Den understands that the fire started in a space that was enclosed by grills.

People residing at the dwelling later revealed that an elderly lady was asleep inside the space enclosed by grills, which often serves as a makeshift cookshop.

One resident told The Den, that they had wanted to get their hands on a tool that could assist in cutting the burglar bar grills, as they wanted to dump the water at the source of the fire.

They further revealed that they were concerned that a nearby gas tank would further exacerbate the situation.

“We are really grateful to the construction workers next door, as if it wasn’t for them the place goodly bun down,” said one woman.

Another revealed that the fire department was called but arrived at around 10:15 a.m., after the blaze had already been put out.

The elderly woman who was said to be inside the enclosed space made it out of the blaze without injury.

Those on the scene have speculated that the fire might have been caused by loose electrical wires which were spotted near a pan of wet laundry. 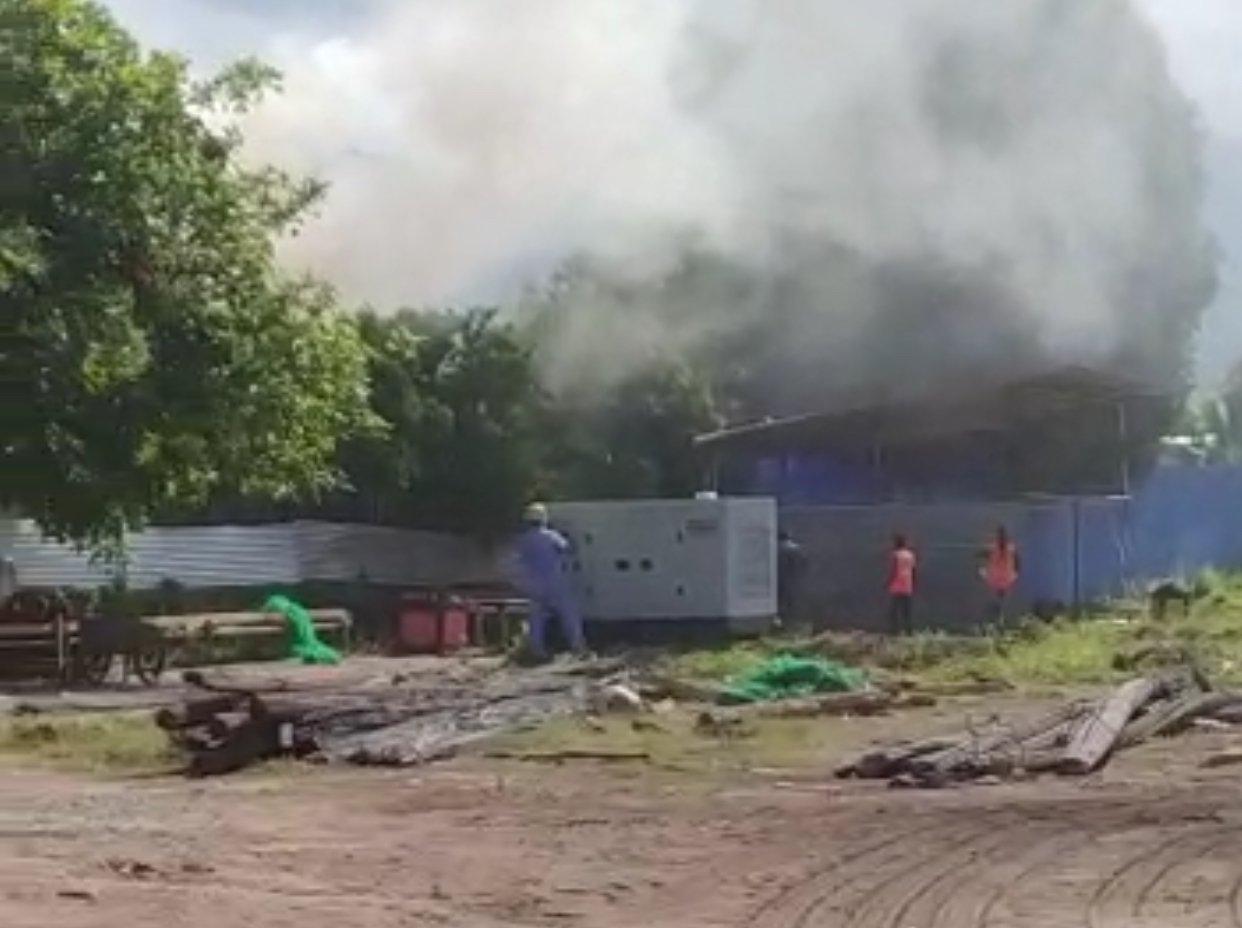