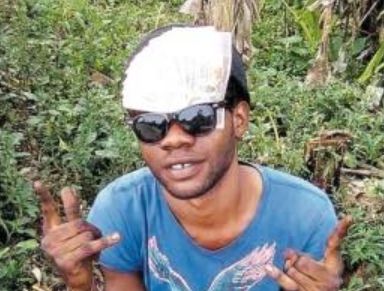 One of the country’s most wanted men has been killed in an early Wednesday morning (July 22) police operation in the parish of St James.

Head of the Jamaica Constabulary Force’s Communications Unit (CCU), Senior Superintendent Stephanie Lindsay told The Den that the police are still waiting for confirmation on the identity of the man killed, however, it is believed to be Delano Wilmot otherwise called “Prekeh Bwoy” who was said to be apart of the notorious Ratty Gang.

Lindsay said that an M-16 rifle was seized in the operation which was conducted at about 7:00 a.m. in Cambridge, St James.

The police in a tweet further revealed that there was ” confrontation” between the man and the cops.

The Police are confirming that a wanted man was fatally shot during a confrontation with the security forces in the Amity area of Cambridge, St. James during an early morning operation today.

Wilmot, of Mother Lane, Retrieve, in St James, is wanted in connection with the 2016 murder of Mark Williams in the community.

The Ratty Gang has been linked to the shooting of two members of the Jamaica Defence Force in St James in 2017.