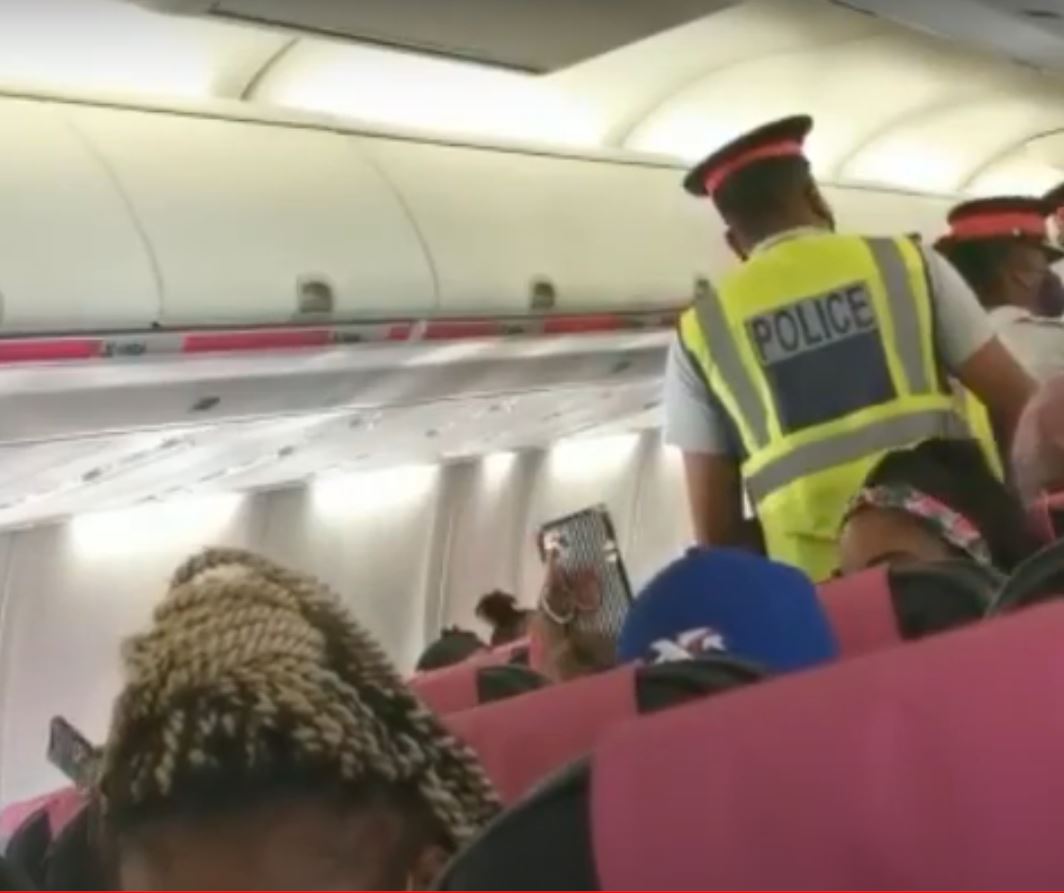 A flight destined for Toronto, Canada on Sunday (January 17) was deboarded after an argument escalated between two groups of passengers.

The Den understands that two groups of passengers were engaged in a heated argument onboard a Swoop airlines flight, prior to take off when the local police were called in to quell the matter.

According to a male passenger, who was aboard the flight, the argument, allegedly, got going over mask wearing concerns.

“I am not certain, but it is something to do with the wearing of masks, it seems passengers were taking them off once seated, and this created some issues,” the man told The Den.

The wife of another man who spoke to The Den, repeated a similar story noting that “some threats were uttered”.

According to the man’s wife, passengers were initially told by agents that they were awaiting a new itinerary but as time passed, it turned into a situation where they had to stay over.

“The flight didn’t make it. They put them up at a hotel with no dinner 🥘 but they’ll get breakfast. They’ve rebooked them for tomorrow evening. This is crazy,” said the wife of a man who was on board the flight,” the wife added.

While acknowledging that there was an on-board dispute, at least one passenger noted that she believed the flight was cancelled for other reasons.

According to the woman, after being removed from the plane, she received an e-mail from the carrier suggesting that mechanical issues may have been at play, in addition to general security risks created by the argument.

The Canadian travellers are expected to depart Montego Bay on Monday (January 18) on  WestJet Flight 2703.

Swoop is a Canadian ultra low-cost carrier (ULCC) owned by WestJet. It was officially announced on October 2018 that it would be offering flights to Montego Bay, Jamaica among other warm-weather destinations.