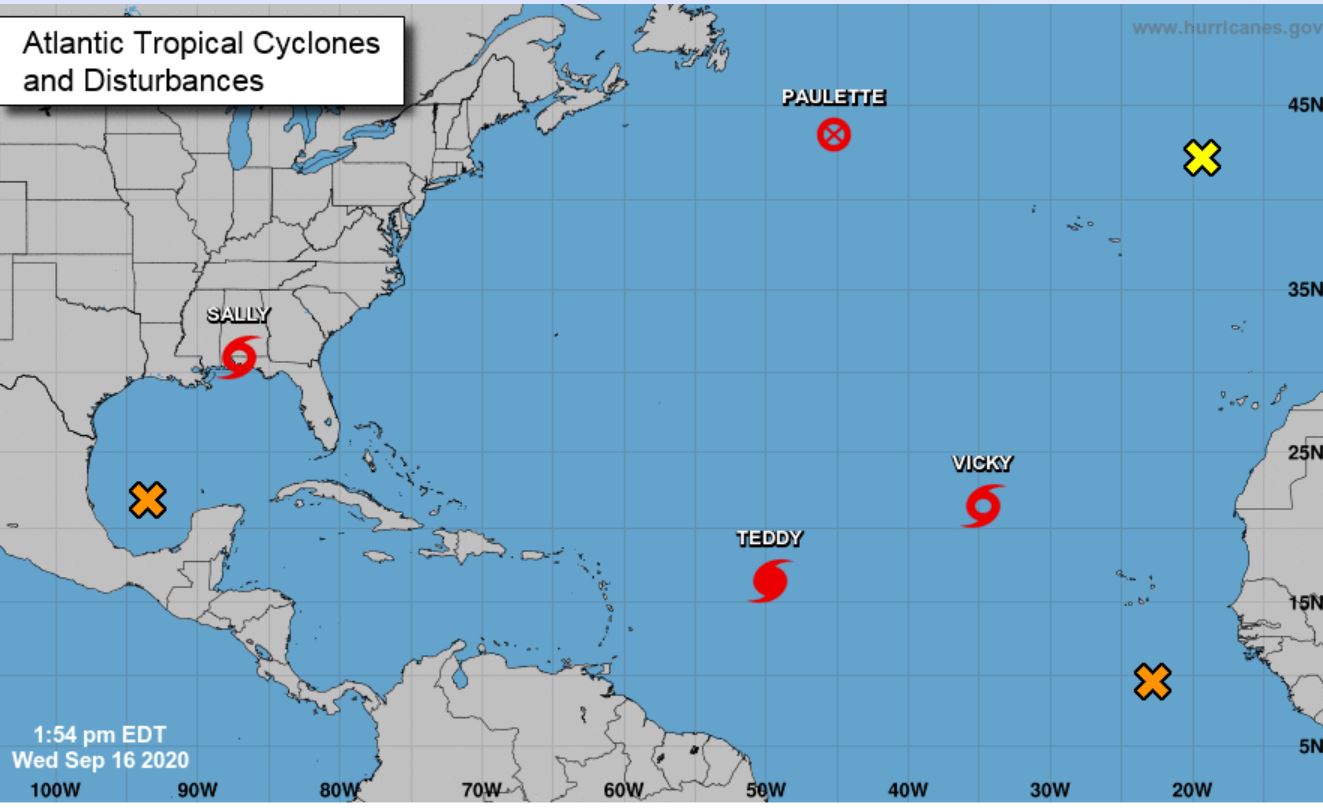 What’s going on outside? Seven tropical disturbances at sea

Heavy rains coupled with lightning strikes, and those frightening peals of thunder have many Jamaicans wondering what is going on outside.

According to the National Hurricane Centre (NHC), the Caribbean region will continue to experience inclement weather as there are now seven tropical disturbances at sea, including four named storms.

In an update on Wednesday (September 16) the NHC said that the latest disturbance that formed has a 60% chance of developing into a tropical depression within five days.

According to forecasters if another disturbance strengthens into a tropical storm, it will be named Wilfred – the last available name of the 2020 Atlantic hurricane season.

Once Wilfred is used, the Greek alphabet will be used to name additional storms.