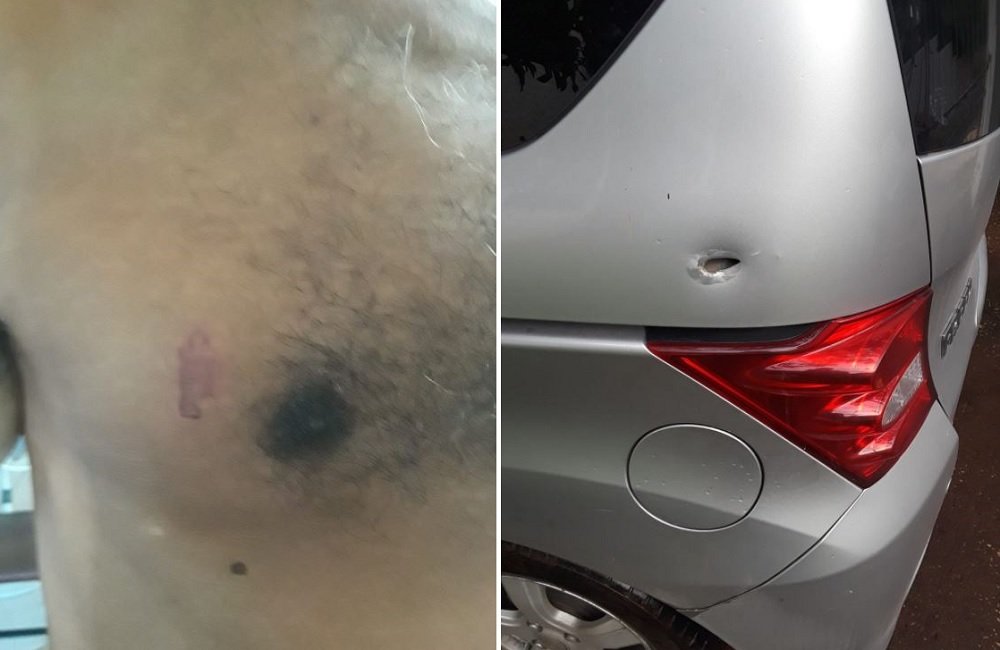 Wignall took to social media where he shared candidly about what happened during the incident, which resulted in him being rushed to hospital with a gunshot wound.

“Gun to concrete wall near to me to then to my right bicep and then after it died, against the right section of my chest, he added, as he went on to further detail the entirety of the incident.

Wignall also revealed that his car was damaged during the incident.

While he noted that he was not concerned about his car, he said that he was sharing details of the incident to “add levity to an otherwise somber moment”.

Several fans of the journalist and even those in the political sphere have used social media platforms to wish Wignall a speedy recovery, with many acknowledging  how lucky he was to have escaped with relatively minor injures.

Wignall was in an area on Red Hills Road known as  ‘Common’ when gunmen in a car drove by and opened fire.