10 Best looks from the opening of Parliament (Ladies Edition)

The lack of party faithfuls on both sides of the political divide, due to the coronavirus pandemic, made for a more subdued opening of Parliament, which took place on Thursday (February 18).

While the usual excitement was missing, politicians and other government officials turned things up a notch in the fashion department, as they lined Duke Street in style.

In Jamaica parlance, “Them come out strong!”

The usual fashionista Member of Parliament (MP) for South East St Ann Lisa Hanna did not disappoint but faced stiff competition from her new school counterparts like MP for Northern Trelawny Tova Hamilton and Senator Gabrielle Morris, who both showed that the pandemic blues had not gotten the best of their wardrobe game.

Today The Den is sharing the ten best looks from the event which marks the opening of the 2021/2022 legislative year. Make sure to scroll to the end to see who took the #1 spot. (You can also vote for your favourite look in the poll below). 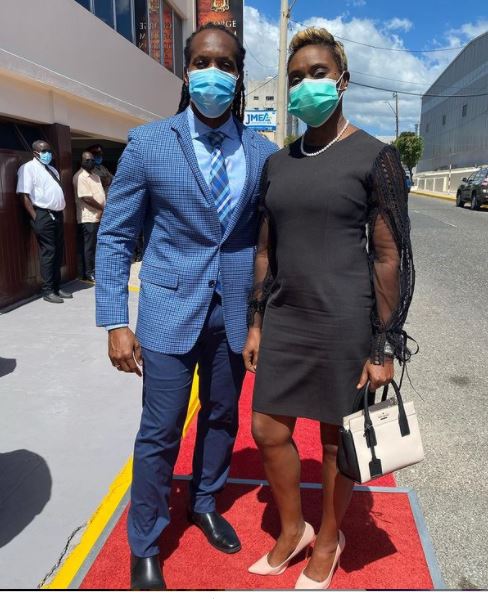 MP for West Rural St Andrew Juliet Cuthbert-Flynn kept it simple but spiffy as she stepped out in a black dress with lace accented sleeves, completed with classic nude high heel pumps and a matching black and nude bag to complete the ensemble. Did we mention her cute pearl necklace, that was a neat touch that complimented Cuthbert-Flynn’s look. 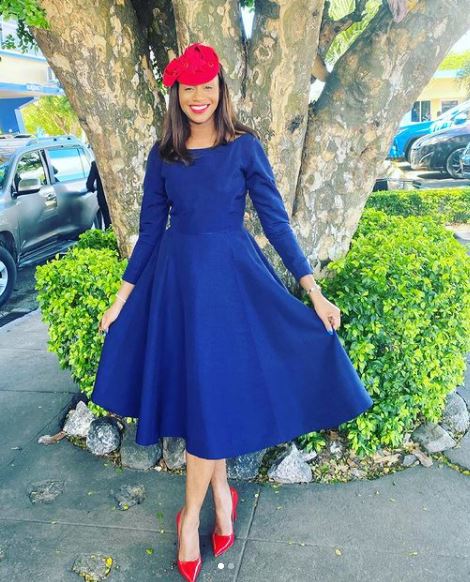 Every true fashionista knows the power of the hat trick, particularly how a haute couture headpiece can jazz up an ordinary outfit. Turns out Central Manchester MP Rhoda Crawford knows that lesson well, as she transformed her blue A-line style dress complete with red heels into an eye-catching ensemble when she rocked a red fascinator hat that gave her a timeless look. 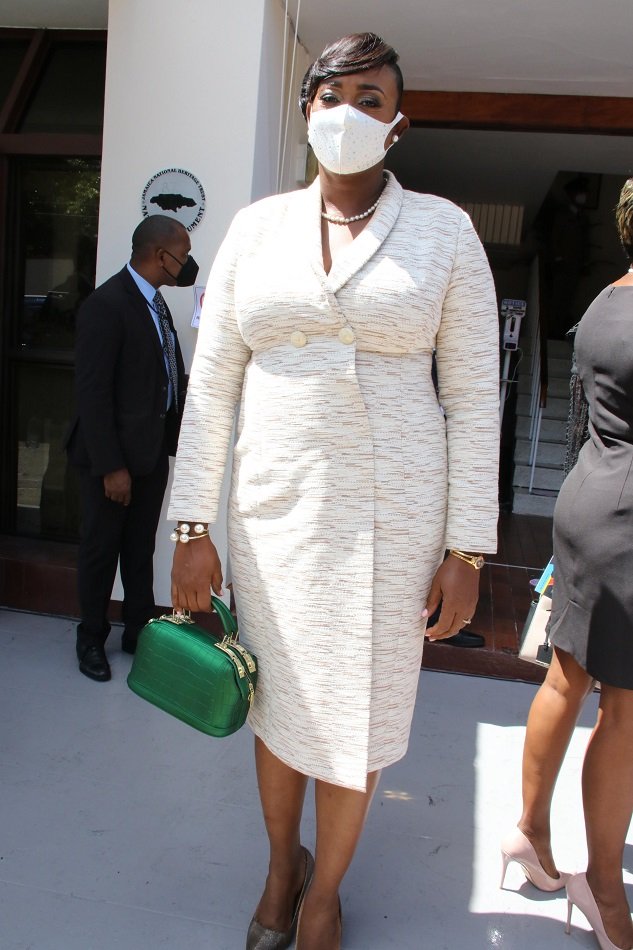 MP for East Rural St Andrew Juliet Holness showed off her more modern side as she strutted Duke Street in a chic blazer dress. Accented with pearls along the neckline and hand, Holness made clear which side of the political divide she was on with her green faux croc-style bag. 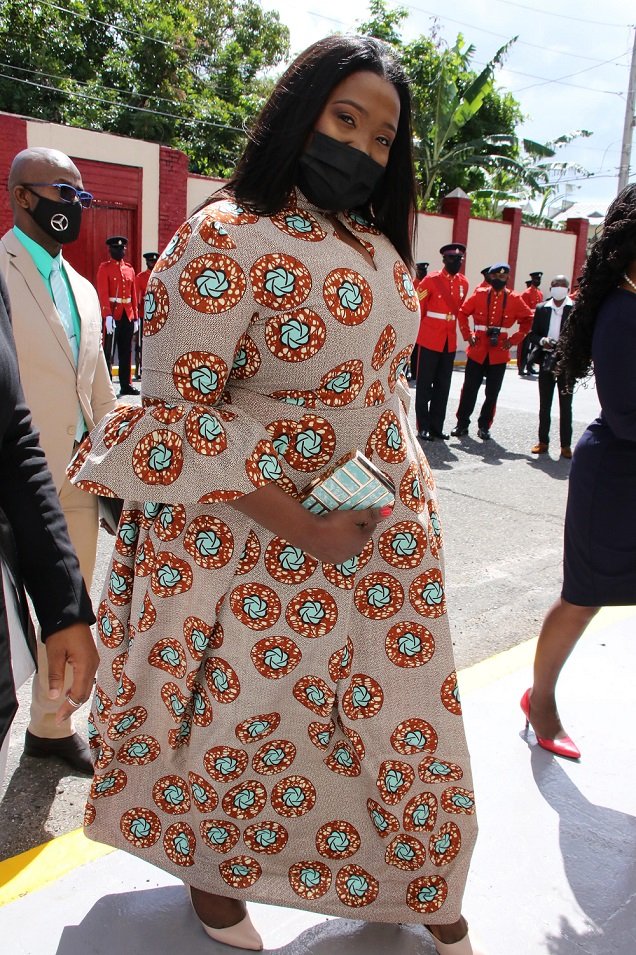 North East St Catherine MP Kerensia Morrison broke from the western dominated style trend on Duke Street and added some diversity to the pack with an afro-style print statement dress. While Morrison’s dress was definitely a highlight, take a look at her clutch, it perfectly picks up on the pattern of her dress. It is clear Morrison put some thought into her fab look! 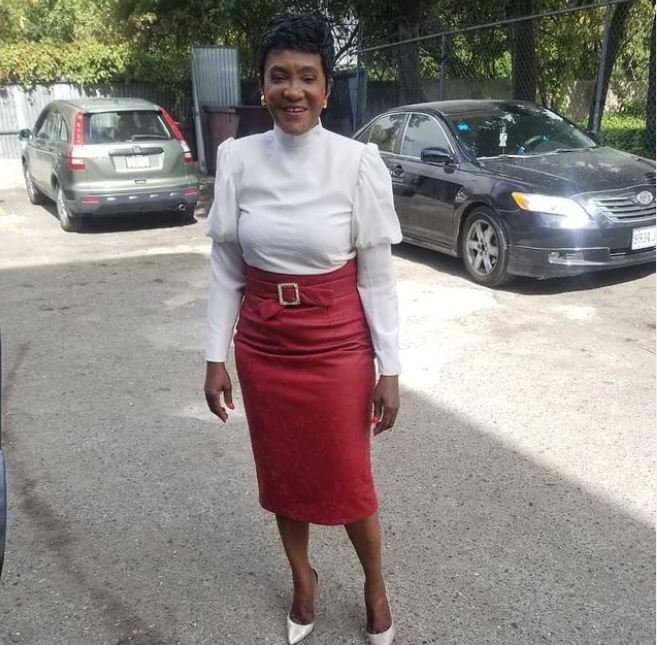 Bell sleeves are in and MP for Eastern St Catherine, Denise Daley, knows how to rock them as she stunned in acute trendy bell sleeve top tucked into a high-waist red pencil skirt. Daley took a bit of a risk when she ditched her colour scheme and dropped in a pair of sliver pointed toe heels – but she pulled off the look as her accent heels complimented perfectly her square belt buckle- she is a stunner!. 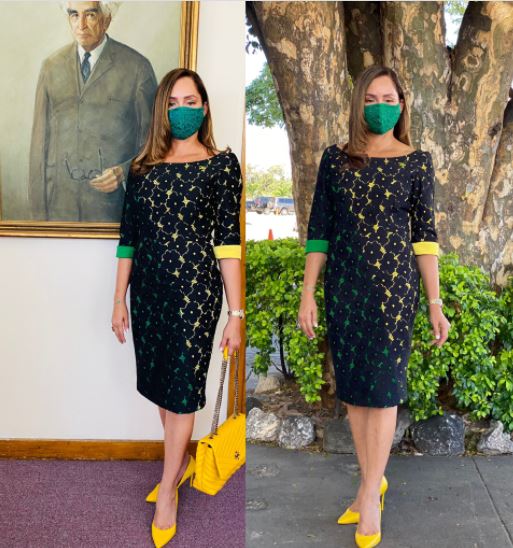 Easy does it for Eastern Portland MP, Ann Marie Vaz, who highlights the fact that simplicity doesn’t mean boring in fact it can mean stunning. The Eastern Portland MP rocked a Keneea Linton jacquard blue dress. Picking up on the pattern of the dress she completed her look with yellow heels. While Action Ann, as she is affectionately dubbed may not be a sucker for beautiful speaking but she certainly knows how to look beautiful in whatever she’s wearing. 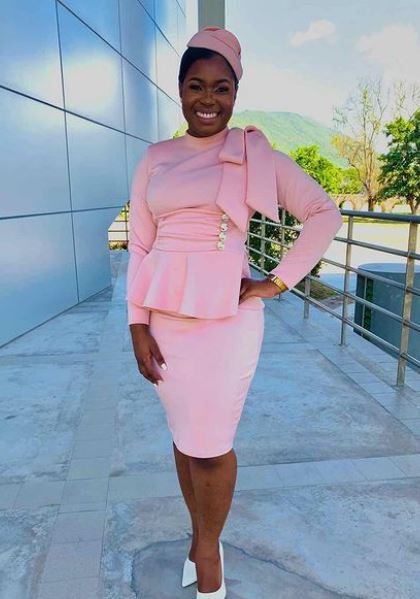 Senator Gabriela Morris looked pretty in pink as the young senator rocked a cute bow shoulder top. The bold petal pink, slightly peach top was certainly a standout among the crowd. Slightly draped below the bust line, with cute button accents and a peplum base, the top was paired with a simple pencil skirt. However, as if the skirt suit wasn’t cute enough Morris delivered with a spiffy pillbox-style hat. The 23-year-old is the epitome of style and grace.

Who was the best dressed at the opening of Parliament?
Create your own Polls

Newcomer MP from Eastern St Thomas Michelle Charles was in a league of her own when she stepped out in a full green square neck romper. The detailed style and fit of the romper suggests this was a custom-made piece for the MP who is quickly becoming known for her elegant style and keen attention to detail (Have you seen how sharp she is in the Public Accounts Committee?). The romper while a hit on its own ‘levelled up’ as it was paired with a multi-coloured faux-snake skin shoes- the perfect pop of colour! Did we mention her mask? Charles nailed it! 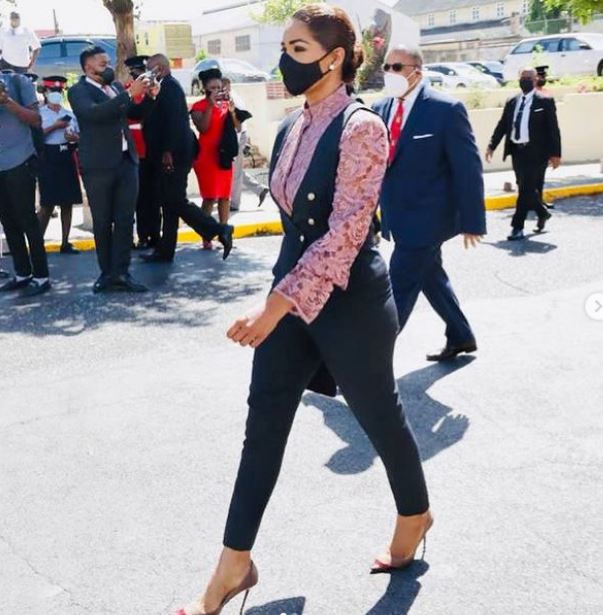 Don’t get it twisted, no list is complete without the parliamentary queen of fashion, MP from South East St Ann , Lisa Hanna she’s has been holding it down before the cavalry arrived. Hanna was not to be out done as she came out strong in her own right, showing that while the right clothing can improve your look it is that sassy confidence that kills it. Turning heads as always, Hanna rocked a black pants suit with a mauve-pink lace top which boasts the currently trending bell sleeves. The genius off Hanna’s outfit is her stunning black vest, which allowed her to show off her meticulously crafted statement top. Hanna topped off the look with a clutch and mauve coloured heels that made her outfit a wow! 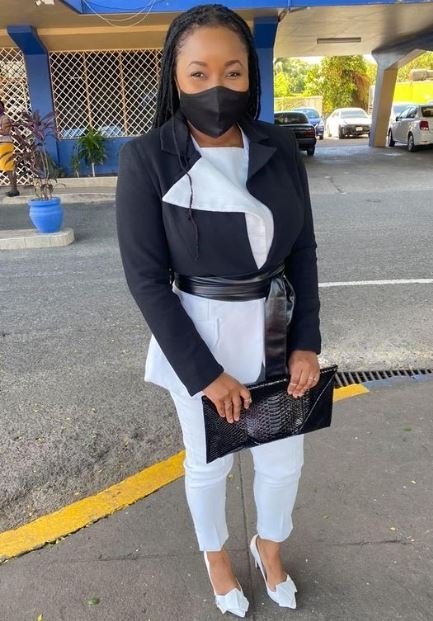 Yesss, girl, yesss girl! Nothern Trelawny MP Tova Hamilton was the best dressed female at the opening ceremony of Parliament. Is an explanation really needed? Hamilton stepped out in a jazzy yet elegant black and white outfit that had everyone looking. Hamilton rocked a belted, two-colour jacket style top paired with white trousers, the newcomer MP hit the ball out of the park with her outfit game. Accented with white shoes that mirrored the style of her top and a black envelope style clutch, Hamilton’s outfit was certainly unique, tasteful and stylish earning her the top spot.