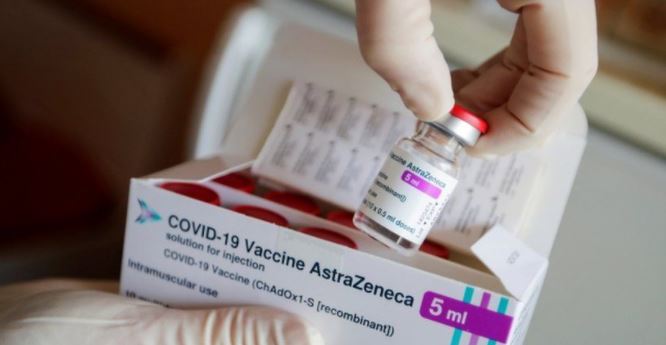 However, like everything else not all vaccines are created equal.

They all differ in terms of type and have varying degrees of effectiveness, particularly as it relates to new strains of the virus; depending on the author of the study.

So as you roll-up your sleeve to get your jab, here is what you need to know about the Oxford- AstraZeneca vaccine.

1. Unlike other vaccines on the market, it is not a mRNA vaccine. Instead it is a viral vector vaccine -a more traditional type of vaccine.

3. Because the AstraZeneca jab is a viral vector vaccine, it uses a modified version of a different virus as a vector to deliver protection, in this instance it uses the chimpanzee adenovirus ChAdOx1.

4. Initially researchers at Oxford University, had planned to donate the rights for the vaccine to any drug maker. However it later signed an exclusive vaccine deal with AstraZeneca that gave the pharmaceutical giant sole rights to the product.

5. It’s one of the more affordable vaccines, because it is stable at refrigerator temperatures which eliminates the need for more costly storage; the vaccine retails for around US$3 to US$4 per dose.

6. In February 2021, Oxford–AstraZeneca announced that it had plans to modify the vaccine to target new variants of the coronavirus, with expectations that a “booster jab” would be available in a few months.

7. An 82-year-old man was the first in the world to receive the AstraZeneca vaccine following the conclusion of drug trials. Brian Pinker received the jab on January 4, 2021.

8.The Bill and Melinda Gates Foundation contributed $750 million towards the manufacturing of the COVID-19 vaccine developed by Oxford University, it was part of a deal with the British-Swedish pharmaceutical firm AstraZeneca, who later joined forces with university.

9. The vaccine is currently not recommended for persons younger than 18 years of age, this could change pending further studies. To date, Canada has not approved the vaccine for use on those over the age of 65-years.

10. Despite a number of European countries suspending use of the vaccine over safety concerns, the Oxford university group that developed the AstraZeneca coronavirus vaccine has said there is “no signal of a problem”.