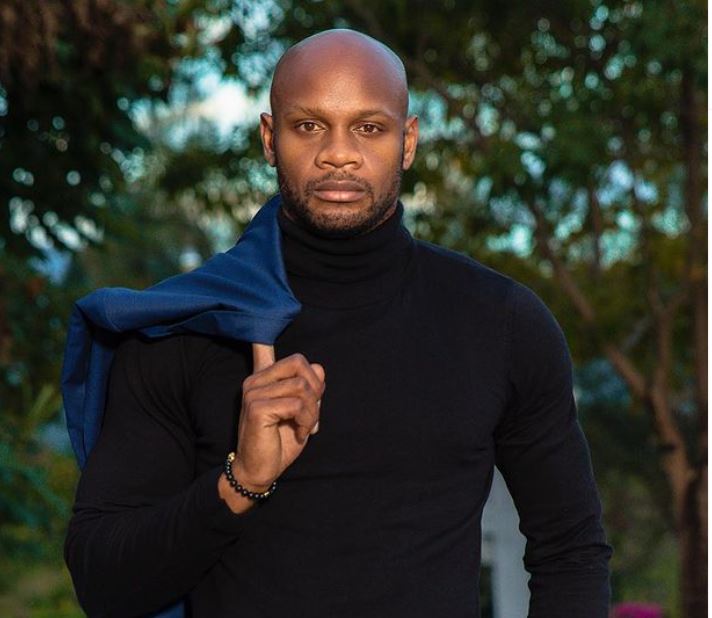 Asafa Powell spills the tea on his relationship with Amita, says he’s no deadbeat dad

Sprinter Asafa Powell is seeking to clear the air following the outcome of a July 2020 child support case that catapulted his private affairs into the public space.

According to the star athlete turned youtuber,  the public narrative that emerged following the case has made him out to be a ‘dead beat father’ – a label that he categorically rejects.

Powell says part of what fueled the ‘false narrative’ is a court gag order, which prevented both himself and the mother of his child, Amita Persaud-Webb, from speaking on the matter.

The sprinter explained that part of the reason he’s breaking his silence is because staying quiet has not helped the situation, or public perceptions of him.

“I’m not the type of person to come on social media and you know and just put my business out there and you know just talk, talk, talk and counteract everything that people say and reply to people’s comments and all that stuff. But this thing has been lingering in the media for too long, too long. You know, my silence not helping,” said Powell, as he sought to explain the reason for his silence on the matter, outside of the court order.

“You know, I figured I would just stay quiet, stay out of it and,  it would go away, but at the end of the day , even if even if it go away, people will still have it in the back of their head and say, ‘Oh, Asafa is this type of person and he don’t take care of his kids’ and all that stuff,” he added.

We were never a couple

The first line of business for Powell as he sought to clear his name was to provide some insight as to the type of relationship that existed between himself and his child’s mother.

Powell shared that he was never in a relationship with Persaud –Webb, choosing never to directly call her name throughout the 15 minute long video, noting that he only learned that she was pregnant via the radio.

“This was like four or five months down the line. And I’m not joking about this, I heard over the radio. And I had to make a call and find out that she was pregnant with my child. When I found out right then and there  I just, I just went into support mode,” added Powell.

Powell shared that throughout his child’s mother’s pregnancy he provided material support for her including, housing support and access to medical care and transportation.

Following the birth of his daughter, which Powell described as a joyous occasion because it was his first child, he continued to provide financial support, adding that the child had been living with him.

Admittedly, Powell shared that he and his child’s mother seldomly communicated directly, often using intermediaries, either speaking through his mother or wife about the child’s welfare.

Five years after the birth of his daughter, Powell said things began to take a turn for the worst with his child’s mother whom he said  began to get more verbally abusive toward him.

Powell further shared that it was in 2017 that he was first accused of being an absentee father.

“2017 now, everything changed. The verbal abuse just got a bit too much – turn in a too much threat. Threaten for me not to see my daughter again, that I act like a father and I’m not a father. Threatened to change my daughter’s last name,” said Powell.

Things came to a head during the pandemic

Powell said the relationship further deteriorated during the COVID-19 pandemic when despite the child practically living with him and his family, the child’s mother began asking for child support.

“So my daughter was at my house doing online school, Monday to Friday, every week. Then she started asking me about child support. So, I said ‘Why do you need child support?,” Powell said as he recounted what led to the contentious court situation.

“And that’s when everything started…I going to take you to court and this and that and rae,rae, rae,” added Powell.

Powell said that the negative comments have really cut him deep, particularly from those in his inner circle.

Addressing the allegations now, while out of character for him, is something Powell believes will hopefully add a missing perspective to the singular narrative that continues to be perpetuated.

According to Loop News, Powell was in 2020 ordered by a court to pay the sum of $30,000 per month, plus half of his daughter expenses until she reaches legal age.

Published in Celebrity and Lifestyle