Bagging my face not off limits says Mackerel

Just when you think you’ve heard it all. Internet sensation Mackerel caused some jaws to drop when she appeared on dancehall artiste QQ’s Instagram live explaining just how far she would go to make ends meet.

According to Mackerel, she would do just about anything to stave off the horrible effects of poverty.

Born Ladasha Francis, Mackerel, shared with QQ’s Instagram live audience, which were active participants in a session which lasted in excess of 3 hours, that she had endured many days of eating rice and oil and sometimes, just plain rice.

This state of near abject poverty was something few viewers could relate to with many asking if rice and oil was actually a thing.

According to Mackerel, who is most known for her slogan “tek weh people man” living is expensive, citing the high cost of accommodation and utility bills, namely her Jamaica Public Service bill which she said was often in excess of $20,000 JMD ($135 USD).

She stated that in order to keep herself afloat, she had to be wise and often facilitated sex on a transactional basis to meet her basic needs.

20-year-old Mackerel noted that having multiple partners was her way of being compassionate, noting that it was unreasonable to ask one man to take care of all her financial needs.

When asked by QQ if she would financially support a man if she could, Mackerel said that based on her interpretation of the bible a man is to support a woman and not the reverse, adding that a box lunch was the most she would provide for a man. 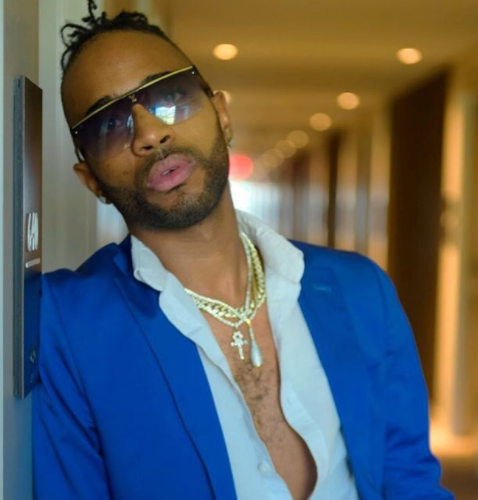 Mackerel went on to explain that sometimes the man who bought a furniture item, might not necessarily have contributed to the rent, so it was often necessary to maintain a careful balancing act.

The careful balancing act, according to Mackerel sometimes means she may be subjected to conditions she doesn’t necessary like, noting that if they needed to bag her head, she was not averse to such action, adding that anything necessary for survival would be endured.

“What happen to you QQ, me haffi tek dem enuh, if a even bag dem haffi bag mi face enuh -a life. But me know, me know why me a tek dem fah,” said Mackerel who slapped her chest.

The comment struck a chord with viewers, who up until this point seemed to find Mackerel’s spiel humorous.

However things got serious, despite the laughs, with one viewer and even QQ himself delving deep into the ” head bagging” comment.

QQ followed-up on the question, asking Mackerel to clarify.

To everyone’s horror Mackerel didn’t pass it off as a joke but noted that she was serious,repeating that she would do whatever is necessary to pay her bills.

“Me neva – if a even… Hello, mek me tell you if it come to the test and that affi make my bill dem pay- a dat mi a make him do,” said Mackerel.

Mackerel noted that she could reach in certain circumstances and rather than beg she would offer her bodily assets.

“And even if I could do that I would not do that, me rather sell my front. Yea dat me seh, work me a work a nuh chicken me a jerk, a work it name; do what you got to do to survive ,” she added.

Things further got heavy when Mackerel explained how she and her them family, her father, step mother and little sister shared a Ramen noodle, which at the time was valued at a little under 50 JMD.

Mackerel explained that the hunger was so real, that when she used the money to purchase the noodles, her father adding in flour, salt and escallion made it stretch and then they went off to bed.

When asked by QQ what she was doing to not go back to that lifestyle, Mackerel said that’s why she had decided to sell her body.